I’ve been looking at this photograph for hours, scattered over the last few days.

. No it wasn’t, scroll down for the comments. I shouldn’t need to point out that the big lumpy thing in the foreground is called Africa, and further back there’s the thing they call Europe.

It fascinates me because it — literally! — puts things in perspective. Some of the world’s greatest cities are invisible, at least in daylight. The Low Countries are just starting to blaze in artificial light. But the brightest lights are the flares of oil wells in the deserts of Algeria and Libya, and off the coast of Nigeria.

Hey, aren’t the people there starving? That can’t be right, if they’ve got all that oil, surely?

Thanks to Memex 1.1 for the pointer.

NASA preps robots for future fake moon landings, reports The Register. Thanks to BAB for the pointer.

The Space Shuttle really is a pile of crap, isn’t it. A book I had back in the 1970s enthused that there’d be a flight every week. The Shuttle would be regular trucking service to orbit. Reality: The first Shuttle flight for 2007 was only the other day, and I hardly need to mention the disasters. Still, offer me a ticket and I’ll fly tomorrow. Though part of me suspects the sturdy Soyuz would be safer.

It’s harder than you think. A shame, that. It’s Tuesday and I’m in the mood… 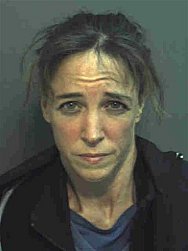 This small image doesn’t do justice. Go to NASA’s Astronomy Picture of the Day site for the full 3354-pixel wide version and spend a few quiet moments gazing at the breathtaking beauty of another planet.

This is the stadium-sized Victoria Crater, which the rover Opportunity reached a couple of weeks ago.