Update 6 January 2016: Some of the details here are slightly out of date, so if you need my bio for anything urgent please request a custom update or use this snippet prepared recently for Melbourne’s Pause Fest:

Stilgherrian is a freelance journalist, commentator and broadcaster who covers the politics of the internet and the way it’s changing power relationships at every level of society. He’s particularly interested in security, privacy, cybercrime and hoovering up bulldust.

He studied computing science and linguistics before a wide range of media and technology work that’s included ABC Radio, magazines and online media. He survived the first dotcom boom.

Stilgherrian currently writes for ZDNet, Crikey and others, produces the podcasts Corrupted Nerds and The 9pm Edict, is a frequent guest on radio and TV, and tweets far too prolifically.

Alternatively, you may like this version from 1 February 2013 for ZDNet Australia:

Stilgherrian is a freelance journalist, commentator and podcaster interested in big-picture internet issues, especially security, cybercrime and hoovering up bulldust.

He studied computing science and linguistics before a wide-ranging media career and a stint at running an IT business. He can write iptables firewall rules, set a rabbit trap, clear a jam in an IBM model 026 card punch and mix a mean whiskey sour.

And yes, my name is in fact Stilgherrian. I have only one name. It’s not a pseudonym or alias. It’s a mononym. It’s pronounced: Stil-GAIR-ee-un. Listen to the Quicktime or MP3 versions. Most people call me “Stil” for short.

[This version from 2009 is presented as background only. It’s written in the third person to make it easier for you to copy if you’re writing about me. For further details, see my LinkedIn profile, or the 2008 or 2006 versions of this page. Or look around this website. Or just ask. — Stilgherrian] 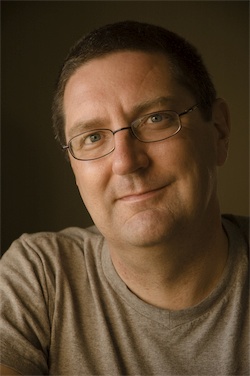 Stilgherrian is freelance writer and broadcaster who shuttles between Sydney and Bunjaree Cottages near Wentworth Falls in the Blue Mountains. He covers the intersection of technology, politics and the media for ZDNet Australia, Crikey, , , , , his own website and others.

Having majored in computing science, used online services heavily since the mid-1980s, and worked as a network administrator, Stilgherrian is particularly interested in the big-picture issues of how new communication and collaboration technologies are changing the way we work, play, socialise and organise our world

Stilgherrian presents his own The 9pm Edict. He was previously a regular on the podcast A Series of Tubes, and produced audio programs for Telstra and IBM Asia-Pacific before the word “podcast” came into use.

He’s also one of Australia’s most prolific and (according to NEWS.com.au) “interesting” users of the social messaging service Twitter.

Stilgherrian’s early life was shaped by a stark contrast: growing up poor on a dairy farm south of Adelaide but, thanks to a scholarship, attending an elite private school in the city, Prince Alfred College.

“That experience sharply focussed my understanding of hypocrisy and the arbitrary nature of power and status,” he says. “I got an excellent education, but psychologically it was hell.”

After studying computing science and linguistics at the University of Adelaide, Stilgherrian became a broadcaster, first with Radio 5UV (now Radio Adelaide) and then as a producer and presenter with ABC Radio. He built a loyal cult following in Adelaide’s dance music, techno and hip-hop scenes in the early 1990s as presenter of the Triple J program Club Escape and publisher of The CORE magazine before becoming station manager at community broadcaster Three D Radio.

Stilgherrian moved to Sydney in 1995 and managed to survive nine months in a chaotic start-up of the first dot-com boom, Big Hand Asia Pacific, part of the Fairfax media empire and no relation to BigHand Digital Dictation. Since then he has worked freelance as a geek for hire and on various media projects.