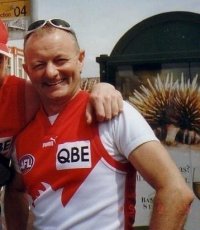 Election über-analyst Antony Green (pictured) has joined his eponymous Antony Green Appreciation Society on Facebook. Asked to give an election prediction, he said:

No. If I wanted to do predictions, I would have studied astrology. Not that you have to study anything to do astrology. It’s hardly a science.

It certainly looks like it will be an interesting election. There’s only been one opinion poll this year that suggested anything less than a 6% swing. If a swing like that occurred, you’d have to have the logical skills of a Christopher Pearson to construct a scenario where the government prevented Labor gaining 16 seats. I suppose we have another few weeks breathlessly hanging on to see if there is a poll turnaround.

Maybe more than a few weeks, if the election gets strung out until December. I reckon by then we’ll all be well over it.

P.S. Watch out, Antony! There’s an echidna behind you.