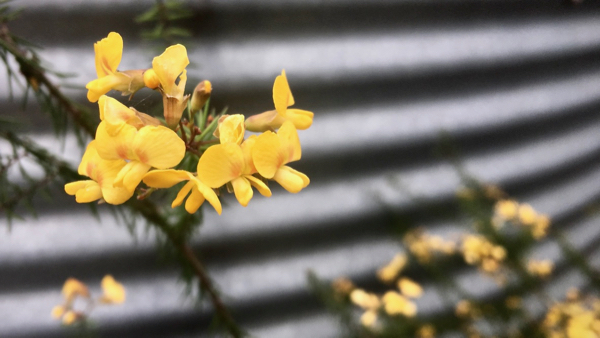 Some important background tasks were accomplished, but this is all that was visible to the world.

None, but coming up…

Monday will be a jumbled day of geekery, editorial planning, story pitches, administrivia, and maybe even errands.

The next episode of The 9pm Edict podcast will be recorded on Tuesday 24 October at 2100 AEST. As has become traditional, it will be streamed live via stilgherrian.com/edict/live/. You still have time to support this podcast with a one-off contribution.

I’ll also be announcing a new crowdfunding campaign on Pozible. It’s been more than a year since my last concentrated ask-for-money burst, and the gods know my budget needs it. Stay tuned for details.

On Wednesday, I’ll be recording an interview for the next episode of the Covert Contact podcast. If you haven’t done so, you can listen to my first appearance, the episode about Australian Cyber Policy.

As is so often the case, the rest of the week is unplanned, including the weekend.

[Photo: Ulex europaeus. A pretty but invasive gorse species (Ulex europaeus) phototographed at Bunjaree Cottages in the Blue Mountains. It’s looking a little the worse for wear after the recent rains. Photographed on 22 October 2017.]