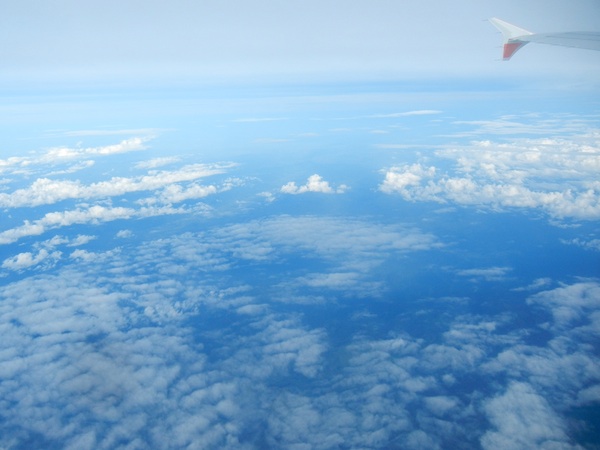 My usual weekly summary of what I’ve been doing elsewhere on the internets. This post covers the week from Monday 27 February to Sunday 4 March 2012. Busy busy busy!

So busy, in fact, that this wrap is being posted a week late! That’s what I get for deciding at the last minute to insert a two-day cybercrime conference into my schedule. I did fit, but it was a bit tight. Shoosh.

Not a single one. Strange week.

[Photo: Clear Blue Sky. The sky meets the distant Pacific Ocean, with the horizon an indistinct blur. This photo was taken from a Jetstar Airbus A321 somewhere over northern NSW.]

[Update 0900: Added in the corporate largesse from Australian cloud provider Ninefold, which I’d accidentally left out.]