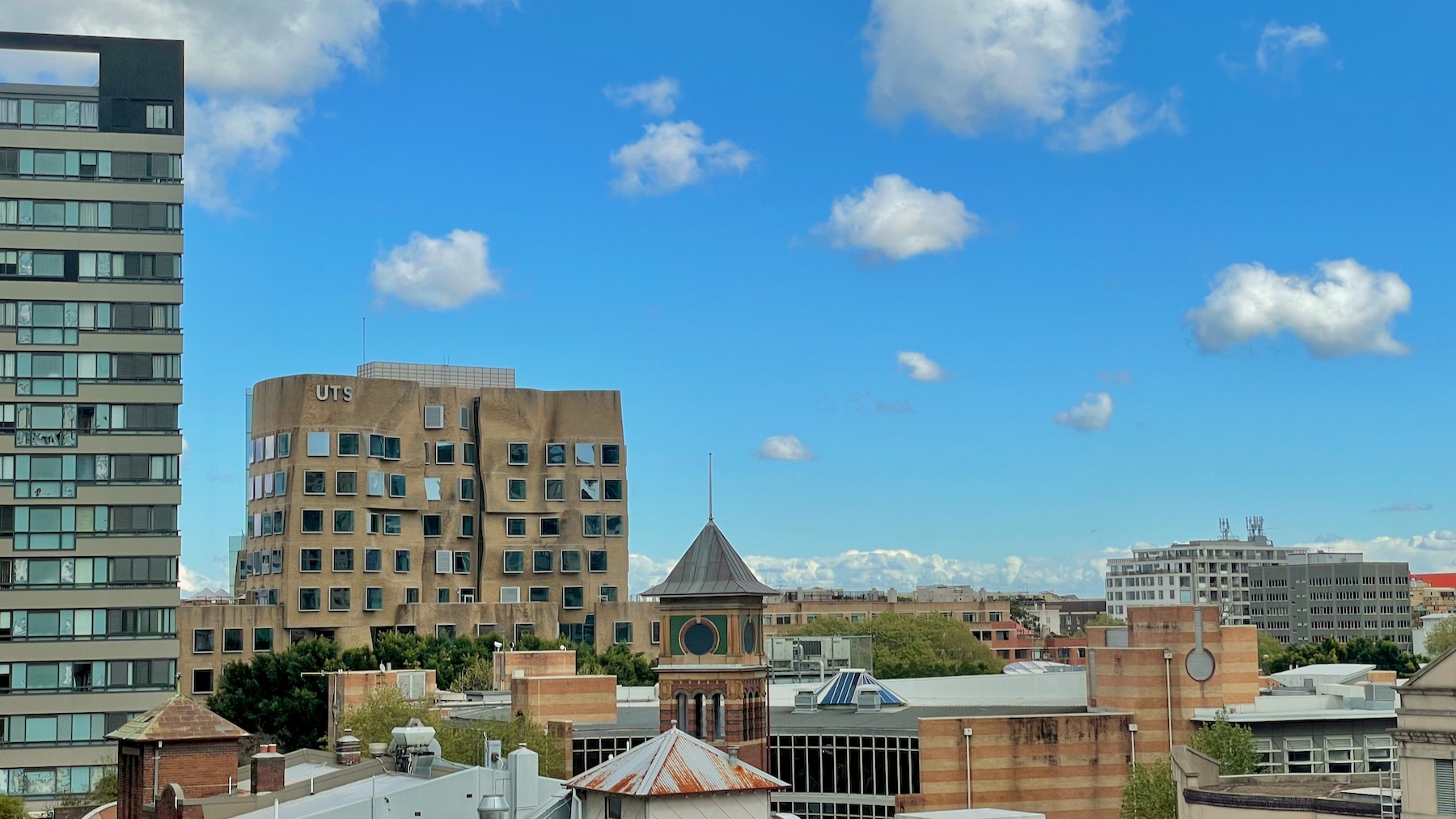 My week of Monday 12 to Sunday 18 September 2022 saw me visit one Sydney university and peer at parts of another from a distance over rooftops — so obviously I’ve posted a photograph of the one I didn’t visit. I also produced a fascinating podcast, even if I say so myself.

END_OF_DOCUMENT_TOKEN_TO_BE_REPLACED

Episode 46 of Stilgherrian Live, the Zeitgeist Edition, is now online for your viewing pleasure.

We had a strong field of nominations for “Cnut of the Week”, and it was tough selecting the shortlist. However we eventually saw Rupert Murdoch in 4th place (11%) for his insistence that we somehow pay for news online; Wynyard Baptist Church in 3rd place (22%) for their religious intolerance, and the Australian Football League came in 2nd (30%) for their legal attacks on a fan website which actually supports their sport.

The clear winner of “Cnut of the Week”, though, was Australia’s Prime Minister Kevin Rudd (37%) for delaying the introduction of an emissions trading scheme (ETS).

As my friends over at newmatilda.com point out, Monday’s announcement amounts to Rudd breaking his first major election promise. But apart from that, it’s a clear failure to take action on the most important long term issue facing this country and, indeed, the world.

Meanwhile, congratulations to deanlk, who won a t-shirt from our friends at King Cnut Ethical Clothing via his nomination for the journos and obit writers who got duped by a fake quote in Wikipedia.