On Tuesday, Triple J’s current affairs program Hack decided to take a look at hacktivism more generally in the wake of Matthew Flannery’s arrest — and boy was it a shemozzle!

I was interviewed for half an hour or more. Also interviewed were independent journalist and “chaos magnet” Asher Wolf, and Nigel Phair from the Centre for Internet Safety. Snippets of all that were used in the package that introduced the live studio debate. Fairly standard stuff. But…

When I listened to the program go to air, I was frustrated. Very frustrated. The discussion didn’t really go beyond “Is hacktivism good or what? Yep it is!” “No it’s not.” “Oh it is!” And with the benefit of hindsight, I think that’s because the discusion was framed the wrong way.

“Do you think that some targets are legitimate? Are groups like Anonymous a force for good? Or do you reckon that it’s a slippery slope to say that one kind of hacking is acceptable, but others are cyberterrorism?” asked presenter Sophie McNeill as she introduced the segment. Those positioning questions were repeated several times, and they kinda miss the point.

This framing pre-supposes that there’s a single, clearly-identifiable activity that we can point to and call “hacktivism”. It positions hacktivism as a neutral tool, and whether it’s legitimate to use this tool or not depends on the legitimacy of the target as an object to attack.

I guess that in this framing, hacktivism is like a baseball bat. It’s OK to hit baseballs with it, but not the fragile skulls of newborn infants. But it’s not.

Hacktivism is just the application of hacker techniques to political activism and, as the Wikipedia article points out, it covers a lot of territory.

There’s using “neat hacks” like encryption and tools to preserve anonymity to help protect the organisers of the activism. There’s the provision of alternative internet access when the government cuts off the official methods, as happened in Egypt. There’s the mirroring of otherwise censored websites to protect free speech, or setting up parody sites to mock the opponents, or spreading disinformation.

Then there’s denial of service (DoS) attacks to disrupt the opponents’ communications. And, yes, there’s the break-and-enter kind of hacking, the results of which can range from relatively harmless website defacements to the theft and “liberation” of large slabs of information — which can of course make collateral-damage victims of any individuals caught up in that process.

There’s a spectrum of behaviour there, from straightforward and long-established ways of supporting freedom of speech to edgier activities that in any other context would simply be labelled vandalism, criminal damage or worse.

If you lump all that together as a single activity, “hacktivism”, and then ask whether it’s legitimate to direct that activity in support of a particular political objective, well, the answer will depend on whether you agree with that objective or not.

“Stilgherrian says there’s a few examples where hacktivism has been really legit, like during the Arab Spring,” said journalist Julia Holman. Sure — apart from the phrase “really legit” — but not because having a disagreeable government justifies vandalism.

The hackerish acts I meant were those directed to keeping the communications channels open and organising a fairly traditional street uprising. The rest of the planet has agreed that freedom of speech is pretty fundamental stuff. They also seemed to agree that this conflict had turned hot. People were being killed, and when that starts happening it’s gloves-off all round.

I’ve included the audio of the entire discussion here, so you can listen for yourself. I’d be interested to know what you think, and whether this discussion frustrates you as much as it frustrated me.

A shout-out to Paris

First, though, I must give a special shout-out to Paris, whose hilariously out of touch comment was read on air: “This is the only form of activism our generation has… Our petitions are ignored. Anonymous is able to do justice to people who have lost a voice.”

No, Paris, all the traditional methods of political lobbying and activism still work just fine — well, in their creaky, democratic way.

It was good ol’ political lobbying of the government, and associated PR efforts in the media, that brought the controversial mandatory data retention proposals to a halt in this election year, not the vandalism of completely unrelated Queensland government websites. It was Senator Scott Ludlam asking intelligent questions of the Attorney-General’s Department in parliamentary committees, not stupidly confusing the Defence Signals Directorate (DSD) with the Queensland Department of State Development (DSD).

The trick, Paris, is to put down the hacker DoS hammer every now and then, because not everything is a nail. Choose one of the other, more appropriate, tools of democracy from the shelf when circumstances require.

Note: Dr Suelette Dreyfus from the University of Melbourne, a long-time observer of hacktivism, provided a significantly narrower definition of hacktivism in the program: “Hacking, in the terminology that is used in everyday reporting, which is not necessarily what the original term was, is about unauthorised access to computers and computer systems. Hacktivism is really about engaging in that, but with a political or social message.”

The audio is of course ©2013 Australian Broadcasting Corporation. I’ve extracted the hacktivism segment to present here, but you can go to the ABC website for the full 30-minute episode (MP3).

I’m off to Canberra for a few days next week to cover the 3rd Annual eCrime Symposium, which this year is a two-day event at the University of Canberra.

This event has been steadily growing since it was kicked off by former Australian Federal Police chaps Alastair MacGibbon and Nigel Phair two years ago. On that occasion I filed a story for Crikey, eCrime: the bad guys pwn the internet.

Last year I don’t seem to have filed a written story — I was writing abut the National Broadband Network instead — but I did chat with the FBI’s Will Blevins for a podcast, Cybercrime: the FBI’s worldview.

Those first two events were run under the rubric of the Surete Group, but now Messrs MacGibbon and Phair have formed the Centre for Internet Safety, part of the law school at the University of Canberra, and it’s all rather more special.

This year I’ll be filing for CSO Online. I’m arriving in Canberra on Monday evening 7 November, and will stay in town until just before lunchtime on Thursday 10 November.

[Update 12 November 2011: The articles I wrote about this conference are listed at Weekly Wrap 75: eCrime, Canberra and a dead computer.] 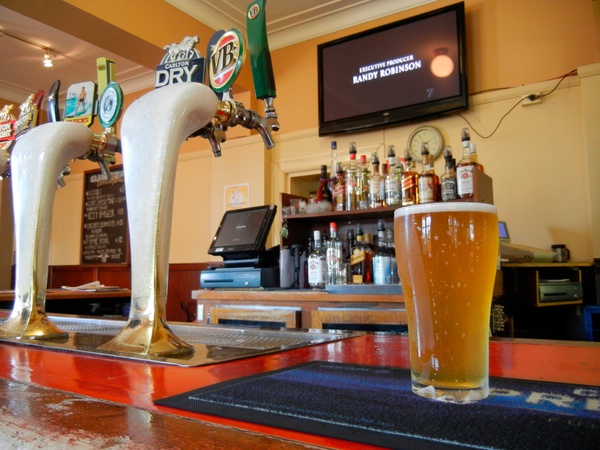 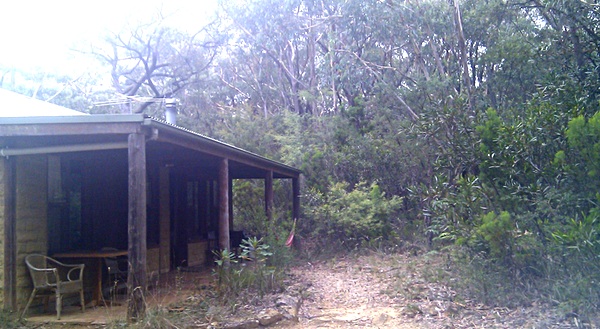 A weekly summary of what I’ve been doing elsewhere on the internets. Despite succumbing to a random fever for two or three days, I got quite a bit of writing done — and then forgot to post this until Monday. Sigh.

[Photo: Tea Tree Cottage, one of the Bunjaree Cottages at Wentworth Falls, where I’ve been living. I’ll write more about this experience very soon.]

Here are the web links I’ve found for 10 August 2009 and some days beforehand, posted automatically, kinda.