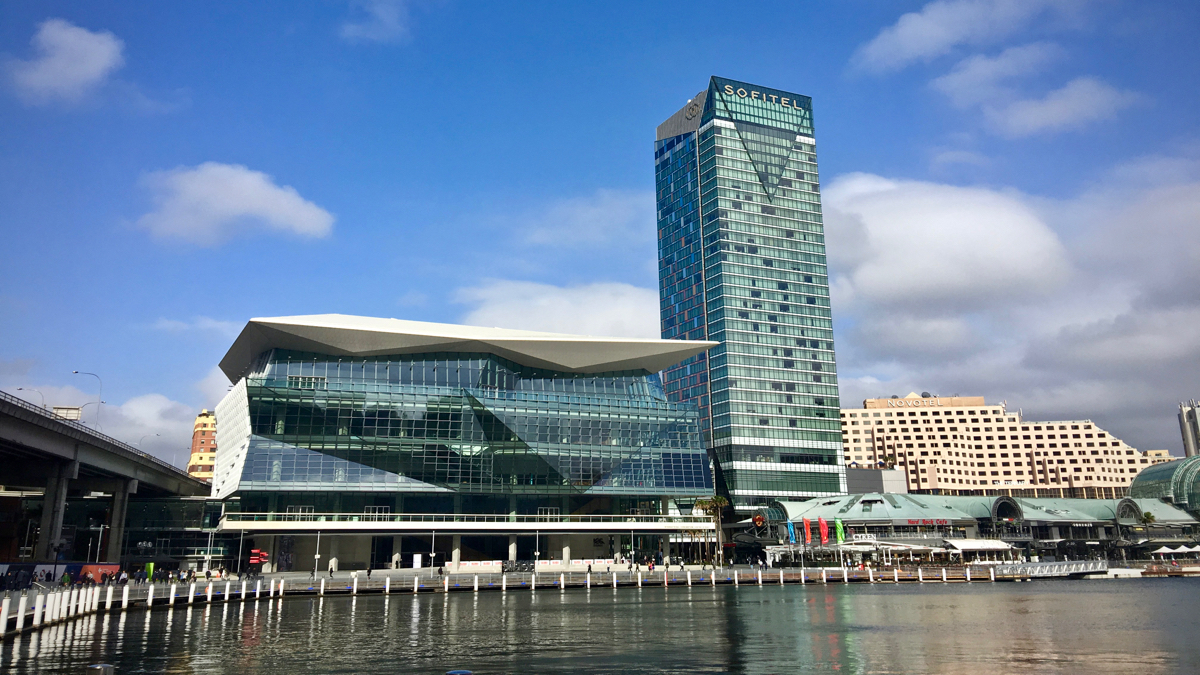 My week of Monday 22 to Sunday 28 October 2018 was dominated by the building in the photo, the International Convention Centre Sydney (ICC Sydney), because I was covering SWIFT’s Sibos global financial services conference. It was all a bit strange.

I’m used to plenty of hospitality at cybersecurity conferences, but the international banking industry works at a whole different level. It also generated three stories, with another one or two still to come.

And all of this happened despite a night of drinking whisky. I’d like to quash the rumour that we were drinking whisky until 6am, however. It was only about 5.50am.

Update 30 October: I’m down with what I’m calling Banker Flu. Monday and Tuesday have been write-offs. Wednesday will be about story pitches, writing, and the shopping.

I’ll leave Thursday and Friday unplanned for the time being. I have the sneaking suspicion that there’ll be something newsworthy to write about, and I’ll sort out the podcast plans for the rest of the year.

There’s nothing specific pencilled in yet, so I should probably do something about that. Suggestions are more than welcome.