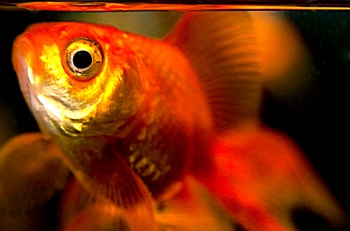 Scientific American explains two media manipulation techniques, the “straw man” and the “weak man”. Know how to spot them and help fight the Hallucinating Goldfish.

In Getting Duped: How the Media Messes with Your Mind, Yvonne Raley and Robert Talisse write:

One common method of spinning information is the so-called straw man argument. In this tactic, a person summarizes the opposition’s position inaccurately so as to weaken it and then refutes that inaccurate rendition. In a November 2005 speech, for example, President George W Bush responded to questions about pulling troops out of Iraq by saying, “We’ve heard some people say, pull them out right now. That’s a huge mistake. It’d be a terrible mistake. It sends a bad message to our troops, and it sends a bad message to our enemy, and it sends a bad message to the Iraqis.” The statement that unnamed “people” are advocating a troop withdrawal from Iraq “right now” is a straw man, because it exaggerates the opposing viewpoint. Not even the most stalwart Bush adversaries backed an immediate troop withdrawal. Most proposed that the soldiers be sent home over several months, a more reasonable and persuasive plan that Bush undercut with his straw man.

The Weak Man tactic is a twist on this…

END_OF_DOCUMENT_TOKEN_TO_BE_REPLACED

Yes, there was a 7.1% drop in the ASX All Ordinaries yesterday, the 4th biggest one-day fall in our history. But before you throw yourself out of the window, let’s put that in context.

That’s a graph of the All Ordinaries for the last 20 years, thanks to Robert Merkel in Lavartus Prodeo. See that little wiggle at the far right-hand side? That’s yesterday. Short-term thinking is perilous.

My last post explained my metaphorical Hallucinating Goldfish. I’ve been thinking about it for years, and finally wrote that first essay. However I’m thinking about expanding the idea into a book. So if you have any examples of society’s hallucinations or its goldfish-like (lack of) memory, do let me know. I’ll try to post what I find too, hence the new Hallucinating Goldfish category. 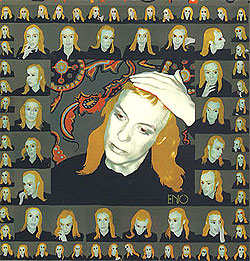