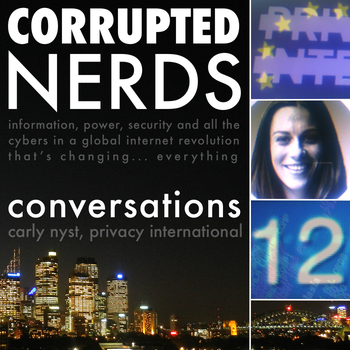 Last Wednesday I had the very great pleasure to moderate an event titled “Data Retention: the European Experience”, a public conversation with Privacy International’s legal director Carly Nyst. The audio from the event forms the latest Corrupted Nerds: Conversations podcast.

This is a live issue in Australia right now. Australia’s favourite Attorney-General, Senator George Brandis QC, has said, “This is very much the way in which western nations are going, it’s been the case in Europe under the European Data Retention directive for some little while now.” Except that’s not true.

What Brandis didn’t say was that the European Court of Justice has declared the blanket recording of telecommunications data to be a breach of human rights. It isn’t a proportionate response to the claimed threat, and there’s no evidence that it’ll actually even help.

Europe is now winding back data retention. Well, except for the UK.

In this hour-long conversation, Nyst and I discuss the legal and historical background to data retention; the risks of the blurring law enforcement and foreign signals intelligence-gathering for national security; the revelations of Edward Sowden; and whether Australia really does have robust democratic institutions which can protect us from the risks of surveillance over-reach.

The event was organised by Electronic Frontiers Australia and the Australian Privacy Foundation.

Please, listen to the entire podcast. Or, if you prefer a quick read, try my op-ed at ZDNet Australia today, Will metadata musings ever mature beyond paranoid fears?

Subscribe to all Corrupted Nerds podcasts via RSS, iTunes and SoundCloud.

If you enjoyed this podcast, why not make a tip, or even subscribe? Every contribution helps me provide these podcasts for free. 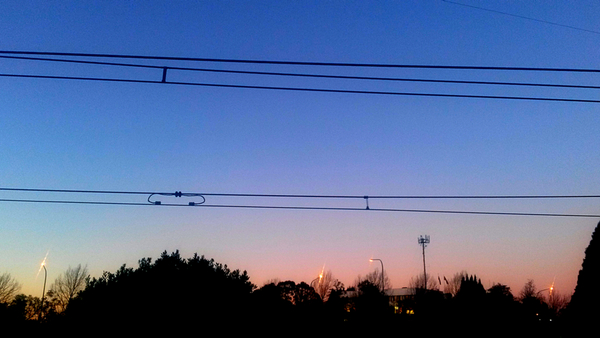