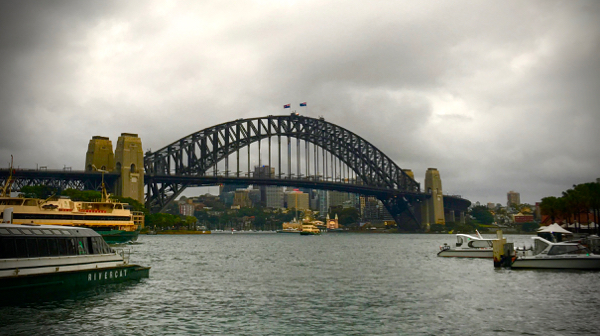 My week of Monday 21 Sunday 27 December 2015 started badly. At 0823 I received an SMS message from my bank, asking about a suspect transaction. Within minutes, the card number was cancelled, and a new card organised — but not before hundreds of dollars had been siphoned out in a series of transactions to PlayStation Network GBR.

What impressed me was the speed at which Westpac detected and dealt with this. The total elapsed time, from receiving the SMS, to identifying the dodgy transactions, to organising a replacement card and so on, was just 25 minutes. This is why stolen credit card details are now worth so little on the black market.

What didn’t impress me was the inability of the broader logistics chain to solve the immediate problem of giving me access to my money. The bank cites seven to ten working days to deliver a new card. So not before Christmas.

The bank can arrange cardless cash withdrawals from ATMs, sending single-use authorisation codes via the smartphone app, but for some reason that can’t be done with the specific kind of account I have. Sorry, but I wasn’t about to rush into signing up for a new bank account.

So I withdrew a bunch of cash from a bank branch, and then rearranged an “everything in cash” week. A little less productive, a little more walk-aroundey. Overall, a low-impact cybercrime, but still a pain in the arse.

For most Australians, the week between Christmas and New Year is a holiday. But not for me. Despite many services only operating Tuesday through Thursday this week, if they’re running at all, I still have quite a lot to get done. Whether it can all happen is another question.

On Monday, I’ll bring all my geekery-for-money projects up to date, and schedule the next few weeks in more detail. Laundry shall also be done.

On Tuesday, I’ll bump out of the Ashfield residence where I’ve been cat-sitting, and run some errands to Enmore, Newtown, and perhaps elsewhere, and then start scripting the next episode of The 9pm Edict podcast.

Whether Tuesday evening sees me settle into Lilyfield, or whether I return to Wentworth Falls that afternoon, will only be decided on Monday. This post will be updated accordingly on Monday evening.

On Wednesday, I’ll write for ZDNet, I think, and finish the pre-production for The 9pm Edict. The podcast will be recorded and streamed live at 2100 AEDT.

On Thursday, I’ll do a bunch of bookkeeping, and prepare my budgets for January, before doing something that can best be described as celebrating New Year’s Eve. Details TBA.

Friday is New Year’s Day, and I’ll do something significant to mark the start of 2016. Friday will also kick off a long weekend that includes, amongst other things, lunch in Katoomba on Saturday. Back in February I spoke at the “Freedom of Information? panel held in Redfern by Recordkeeping Roundtable. I’ve previously posted the audio of my contribution. Here’s a transcript.

Recordkeeping Roundtable’s website has the raw transcript as supplied, but I’ve decided to edit it up a little to make it more readable. Enjoy.

END_OF_DOCUMENT_TOKEN_TO_BE_REPLACED

The Recordkeeping Roundtable panel “Freedom of Information?” held on 29 February was recorded, and here’s the audio.

The promo, as I told you earlier said:

I was the first speaker, talking about the new, disorderly ways of liberating information, using the Anonymous crack of Stratfor as an example. Since then, though, we’ve discovered that the whole thing might have been an FBI sting operation against WikiLeaks!

Recordkeeping Roundtable has posted the audio of the entire event: opening remarks by moderator Cassie Findlay; me; the speech by former diplomat Dr Philip Dorling, who now leads the journalistic pack in FOI stuff; the speech by Tim Robinson, Manager, Archives and Records Management Services at the University of Sydney; and the question and answer session.

Here, though, is a tweaked and slightly less bandwidth-hungry version of my speech.

[The original audio recording by Cassie Findlay was sampled at 44.1kHz. This version has the audio levels compressed and normalised, and re-sampled to 22.050kHz. It’s posted here under a Creative Commons BY-SA license.]

If you were planning to attend the Recordkeeping Roundtable panel “Freedom of Information?” on Tuesday 22 February, well, it’s now on Wednesday 29 February. See my original post for the rest of the details, which remain unchanged.