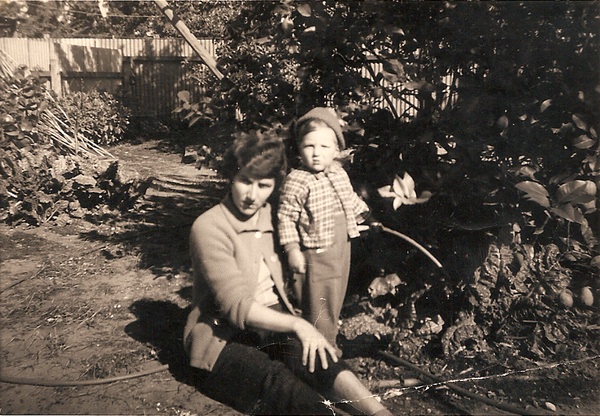 END_OF_DOCUMENT_TOKEN_TO_BE_REPLACED

Fifty days from today is my 50th birthday. Yes, Five Zero. This is the first in a series of blog posts to celebrate that milestone. 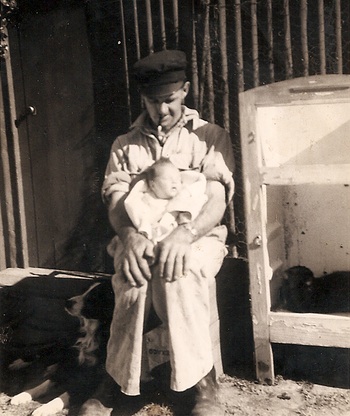 I’m not quite sure how this will unfold, except that each day I’ll find a photo or object or concept that relates to the year of my life in question — in this case that’s, erm, gulp, 1960 — and see what emerges.

Today’s photo was taken when I was just six weeks old.

That’s my father holding me. He was 35 years old. Yes, rather old for that era, but he’d been married before and had a daughter. The fact that he divorced and re-married was so scandalous in rural South Australia that the daughter was taken away to live with her grandparents and they cut off all contact with him. The first time I met anyone from my father’s side of the family was at his funeral a decade later.

And yes, dad is smoking around the baby. Different times, eh? Not the ever-present pipe I remember him for, but a black Bakelite cigarette holder.

The dog’s name was Toby.

The photo would have been taken by my mother using a Kodak Box Brownie camera in the back yard of our house at 43 Adelaide Road, Gawler. The house is still there, but with what looks like a really low-grade renovation.

I’ll also be posting photos at Flickr (there’s another 6-weeks-old image there already) and mapping locations at Google Maps (see over the jump).

END_OF_DOCUMENT_TOKEN_TO_BE_REPLACED

The other day I “ran into” journalist Samela Harris online. She’s now a senior writer for Murdochland in Adelaide. Not long later, the following appeared at Adelaide Now.

Stilgherrian once was cherished name in South Australia –- until he the Gawler-born boy drifted east to make further fame and fortune. The former radio personality has maintained a status of significant stir both in the modern alternative media and the constantly evolving world of geekdom. One may catch up with his movements on his blog.

“Sa”, as she’s affectionately known, is daughter of the famous (infamous?) Australian man of letters, Max Harris — who once snuck up behind me and, with a swift underhand stroke of his silver-tipped cane, caught me fair on the balls. Ouch.