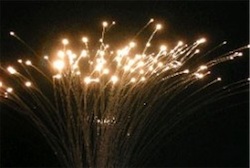 My friends over at newmatilda.com have been running a series of public forums on Internet regulation. The Sydney forum is this coming Tuesday 5 May. I’ll be liveblogging it right here.

The Federal Government’s proposal to block websites with a mandatory filter or “clean feed” has drawn vocal opposition from the online community, who are concerned about its impact on civil liberties as well as on the technical functionality of the internet. Meanwhile, many people are unaware of the proposal and its potential impact on their day to day lives.

As a preview, you might like to read about last week’s forum in Melbourne or watch the video, or listen to the Brisbane one.