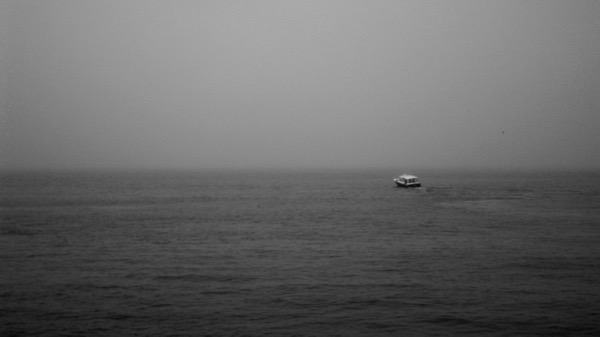 My week of Monday 13 to Sunday 19 July 2015 continued the lack-of-productivity theme, alas. Mostly because my dying computer decided to die far more rapidly than it had been until now.

My sincere thanks go to Justin Clacherty for lending me a spare MacBook Pro until I can organise my own new machine. I’m pleased that the set-up and transfer of data to this “new” machine only took nine hours — well, plus the six hours it took to take a proper backup of the old machine, because it kept throwing errors.

That said, in the latter part of the week I did get quite a bit done on the Pozible crowdfunding campaign to pay for that replacement machine. That campaign should launch in the next few days.

And because I had to archive some data off the old computer — because it had a 750GB hard drive, whereas the loaner has a 500GB SSD — I was browsing through old photos and videos. This put me into a particularly reflective mood again on the weekend. I hope that some good will come of this, because having a properly-working computer again — and a fast one! — should provide another boost to my optimism.

5at5 was still on hiatus this week.

I’m back in Wentworth Falls this coming week, and most of it hasn’t been mapped out yet. Still, I have a broad outline.

On Tuesday, I’ll be submitting that Pozible project for approval, and mapping out my writing commitments for the next few weeks. Now that I have a working computer again, I’ve got heaps of work to catch up with.

On Wednesday, I’ll be completing a video to go with that Pozible project, which should launch that day. I’ll also be producing an episode of The 9pm Edict podcast. I’ll delay the posting of both until Thursday if the Pozible campaign doesn’t launch.

The rest of the week is a bit vague, but I know there’ll be a ZDNet column in there somewhere. And I’m guessing I’d better organise some other work as well.

Update 20 July 2015: Edited to slide nearly everything in the plan back a day, to reflect a Monday sickie.

[Photo: To boldly go…, being a small boat heading out into the fog of San Francisco Bay on 10 December 2010.] 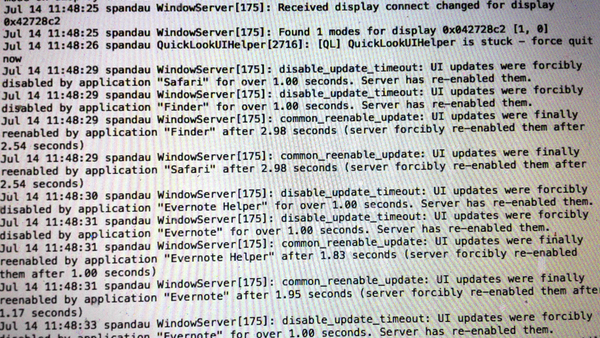 Some three weeks ago, I told you how my computer was dying, and crowdfunding would ensue. Then just two days ago I said that the crowdfunding was imminent. That too must change.

Yesterday morning I lost three hours to chasing various error messages. The week’s plans were ruined from day one.

Last night I stopped to think how the computer’s steadily degrading performance was affecting my productivity, and I went digging. The image at the top of the post shows just one species of frequent error message.

For whatever reason, user interface (UI) updates get disabled — and stay disabled for seconds at a time. Signals just aren’t getting through, and I’ve seen them last for up to 20 seconds or more.

So the basic problem is that you click on something, or press a key on the keyboard, and there’s a delay. Then another one.

And that’s just one of several serious symptoms.

Trying to assemble the crowdfunding campaign — as well as all my other work — on the dying computer itself is a fool’s errand. And I have been that fool.

Fortunately, Justin Clacherty has a spare mid-2013 MacBook Pro with maxed-out processor and RAM specs, and he’s going to lend it to me while I organise things. The new current planned start for the crowdfunding campaign is during the week beginning 20 July. Wish me luck.