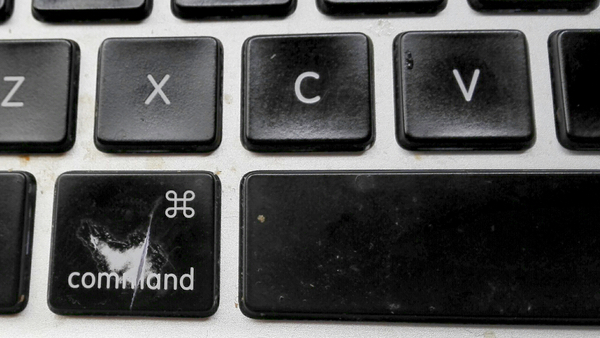 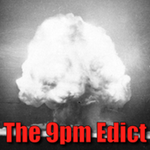 My computer is dying. It’s dying fast. It’s not going to make it much longer, and certainly not through to when I’ll be able to afford a replacement. I need your help.

Previously I’ve had success with my Pozible crowdfunding campaigns to resurrect The 9pm Edict podcast, and to get me to Breakpoint and Ruxcon. So in a few days from now I’ll be launching The 9pm Urgent Hardware Refresh, a Pozible campaign based around a special podcast episode. The “rewards” for you contributions will help shape the content for that podcast.

Right now, I’m figuring out exactly how those rewards will work. After some discussion on Twitter last night, here’s what I’m thinking. Feedback please.

The initial Pozible project goal will be whatever a new mid-high MacBook Pro plus AppleCare would be, plus a backup drive, plus costs. Stretch goals would be to up the specs of that machine, and then add cameras and microphones or whatever to improve my kit.

What I’d like from you right now are your ideas and comments on Pozible rewards and stretch goals.

Just comment below, or tweet at me, email me, or drive out and personally discuss them with me. No, actually, don’t do that last one. Comments close at 1400 AEST this Friday 26 June. I’ll then set up the Pozible project, which should go live in the week commencing 20 June.

Oh, and if you were wondering what’s wrong the computer, specifically…

I have just one computer, a late-2011 MacBook Pro. It’s done sterling service, having survived accidents that would have felled lesser machines. But now it’s well past the end of its service life.

The screen is cracked, with one crack right in front of the camera lens, so images are poor. Only one USB port works. The keyboard is intermittent, with the V key rarely working — and never in combination with the command key, so I can’t paste! — and the U, I and O keys sometimes failing too. I don’t know about you, but I like using vowels.

More recently, the Wi-Fi has become unreliable. Yesterday it failed completely — ironically, just as I was starting to write up my plans for this hardware upgrade. Maybe the little fucker is just having a sulk.

It took three hours of mollycoddling before the message “No Wi-Fi hardware installed” went away and it would work again. I’ve figured out that moving things plugged into the USB port, or typing too enthusiastically, will cause the Wi-Fi to fail again, required a cold reboot to fix. I’ve already done that five times today, and it’s not even lunchtime. I am not amused.

And apart from all of that, 4GB of RAM just doesn’t cut it any more, and the battery is old and holds little charge.

I’d recently decided that my strategy would be to replace my dying hardware first (both my stills and video cameras “went missing” a while back) with a one-off campaign, then a drive to build audience and subscribers, and then once we’d settled into a weekly schedule, build up more revenue for more elaborate content and the occasional special episode. The hardware failures just mean that I have to more more quickly on the first stage than originally envisaged.

Naturally, this has come at the most inconvenient of times, when I also need to pay for new glasses, some expensive dental work, and other medical costs. I figured it’d be better if I focused on those personal matters, and that geeks would be more likely to crowdfund gadgetry. Sad but true, right?

Finally, here’s a mini-podcast of me saying more or less the same things as this blog post.