This photo was taken on Enmore Road, Newtown in Sydney — as usual with my trusty Nokia N80 pimple-cam.

Some time — when I get the time! — I’ll set up the workflow so I can post this sort of thing directly from the phone.

The N80, like the rest of the Nseries, actually has single-timeline video editing software built in, which means I should be able to make video podcasts directly from the phone.

Politics has dominated my writing these last few weeks — understandable given the Mohammed Haneef saga and the simple fact that it’s an election year. Last month wasn’t quite so politics-heavy. And a year before that things were much more personal — though I didn’t have time to write much.

But I’m sure the political threads will continue a while, because I’ve just started reading John Winston Howard by Wayne Errington and Peter van Onselen.

I’ll write a proper review in due course — though I do like the irony of JWH’s childhood home now being a KFC outlet.

Yesterday the Snarky Platypus and I passed the usual gaggle of socialists set up outside the Dendy Cinema on King Street, Newtown. “Sign the petition. Release Dr Haneef,” they cried.

Now you must understand that I’m not playing that right-wing commentators’ game of always prefacing “left” or “socialist” with “loony” or “silly”. That’s just name-calling and a very old propaganda technique indeed. That’s why I think Christian Kerr should grow up and stop using it in Crikey — calling his publication’s commentors shrubhuggers and Stalinists really is childish. After all, would we take a left-wing commentator seriously if they always referred to people anywhere to the right of themselves as Nazis or Fascists?

No, I’m calling these people “silly” because collecting signatures on a petition to release Dr Haneef is politically stupid and a waste of time.

But my fourth point is the crunch…

Gawd, people! If you’re going to play politics, at least try to stay in touch. Perhaps even use that Internet thing! 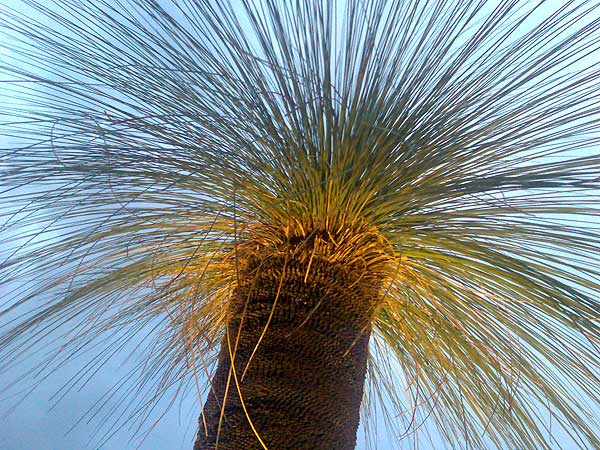 As I sat drinking red wine and discussing politics with the Snarky Platypus yesterday, the lighting on this plant at the Coopers Hotel, King Street, Newtown, caught my eye. Anyone know what it’s called? 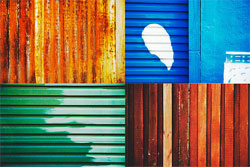 I’d be remiss if I didn’t plug Pong’s exhibition Passive Intruder which opens at Newtown’s Buzzzbar Cafe (with three Zs!) tonight. Of course, you can sneak in during the day and see the pictures before it’s officially launched — so I’m hoping to see a bunch of red dots by the time I arrive…

I popped in to see the exhibition when it was being hung yesterday, and it was great to see the brightly-coloured images printed full size. They work well in the venue, and I have the gut feeling they’ll do quite well.

Plus I should say that the food at Buzzzbar is excellent — there’s a distinctly North African subtlety to the spices — though the proprietor is Greek, so perhaps that’s just my ignorance showing.