Actually, as Andrew Colley wrote at CSO Online Australia, copyright-holders have to prove that the site’s “primary purpose” is to “facilitate” copyright infringement. His story outlines The Greens’ argument that the bar should be higher, requiring “flagrant” conduct.

Over at ZDNet, Josh Taylor wrote an excellent backgrounder, Village Roadshow’s long fury road to blocking piracy sites. Not a “furry road”, please note. That would be something slightly different.

This afternoon I spoke about some of these issues with afternoon presenter Lorna Perry at ABC 105.7 Darwin, and here’s that 11-minute convesation. 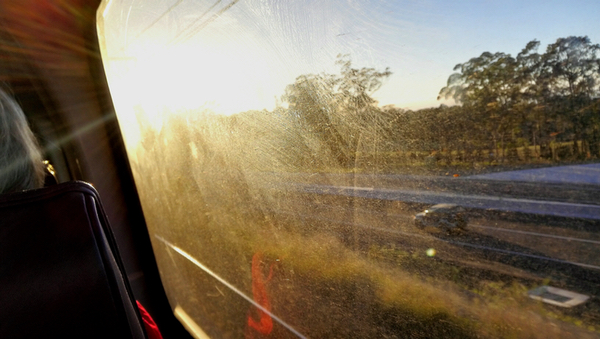 The government’s discussion paper on online copyright infringement came out just over a month ago, the submissions period closed on Monday, and now the debate is really kicking off — including on the complicated legal issue of geoblocking.

Now I’ve already given my opinion on the political spin in the discussion paper itself. But the specific issue of geoblocking came up on ABC Gold Coast, and this morning I spoke with breakfast presenter Bern Young.

Legally it’s a grey area. By signing up for a Netflix account from Australia, for example, you may be breaking the terms and conditions of their service. But you’re still paying for the content, and money is passed on the the actual producers.

The only people missing out are the local Australian distributors who’ve inserted themselves between the content producers and the audience. What value are they adding, exactly? The whole point of the internet is to enable people to connect globally.

CHOICE sees it as a consumer issue. Doesn’t geoblocking, the restriction of content availability by location, restrict competition? They’ve just launched a TV campaign making that point. Even the government’s own inquiry into IT pricing recommended that geoblocking be outlawed.

Another series of Game of Thrones is released, which means another series of radio spots talking about Australia’s reputation for (allegedly) massive levels of illegal downloads.

This spot is from Tuesday 8 April, a chat with ABC 720 Perth afternoon presenter Gillian O’Shaughnessy, triggered by the news that the first episode of Game of Thrones series four had seen record levels of illegal downloads, with Perth topping the list — although Angus Kidman at Lifehacker disagrees.

One highlight of this conversation is when I suggest that the entire Australian content distribution industry should just get out of the way, retire and go play on their yachts.