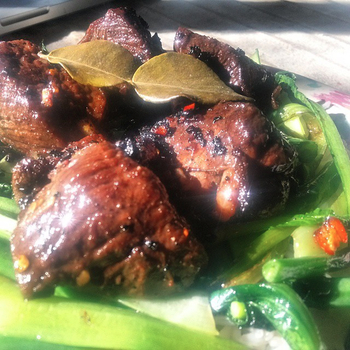 My week of Monday 27 October to Sunday 2 November 2014 was really quite productive, but thanks to the ever-affectionate attentions of Mistress Insomnia I’m exhausted.

That said, the generally warm and sunny weather has improved my mood dramatically, and on Sunday I even cleared out a bunch of administrivia that I’ve been putting off for ages.

But enough of that. Let’s get on with the show…

I’ve also written a 2500-word feature on a security-related topic for ZDNet Australia that will be published some time in the coming week.

There’s two broad themes for this week: clearing out more loose ends, and preparing to make some decisions about what I’ll be doing over the summer holiday season and into 2015.

Much as I love them, I’ve spent a bit too much time working on the podcasts The 9pm Edict and Corrupted Nerds — or rather, I haven’t got them generating enough revenue yet — which in turn has meant that I’ve been doing less paid writing, which in turn has led to less income. That’s caused problems. As usual, I’ve got too many different things happening, and I need to simplify the mix and get that revenue up.

So I’ll be addressing that this week — as well as some personal things that I won’t go into them here — or at least not in this post.

So with that in mind, and with the early part of the week a bit slow thanks to a certain horse race and its impact upon the national psyche, here’s how things will unfold.

Monday is mostly devoted to administrivia and clearing the communications backlog, but there’s a chance I might pop down from the Mountains to do a TV spot. I also plan to resurrect 5at5 — although you’ve heard that before, so take it with a grain of salt.

During the rest of the week, I’ll be producing an episode of The 9pm Edict, writing my regular ZDNet Australia column, and perhaps some other bits and pieces.

This week also sees the start of the Christmas party season — yes, I know it’s very early, but that’s how things work now — and there’s one I might go to in Sydney on Thursday night.

The weekend is unplanned, as seems to be the usual way lately.

[Photo: Breakfast Kangaroo, being chunks of kangaroo fillet marinated in lime juice, chilli and garlic, with steamed greens in oyster sauce on a bed of jasmine rice, photographed on 2 November 2014.]