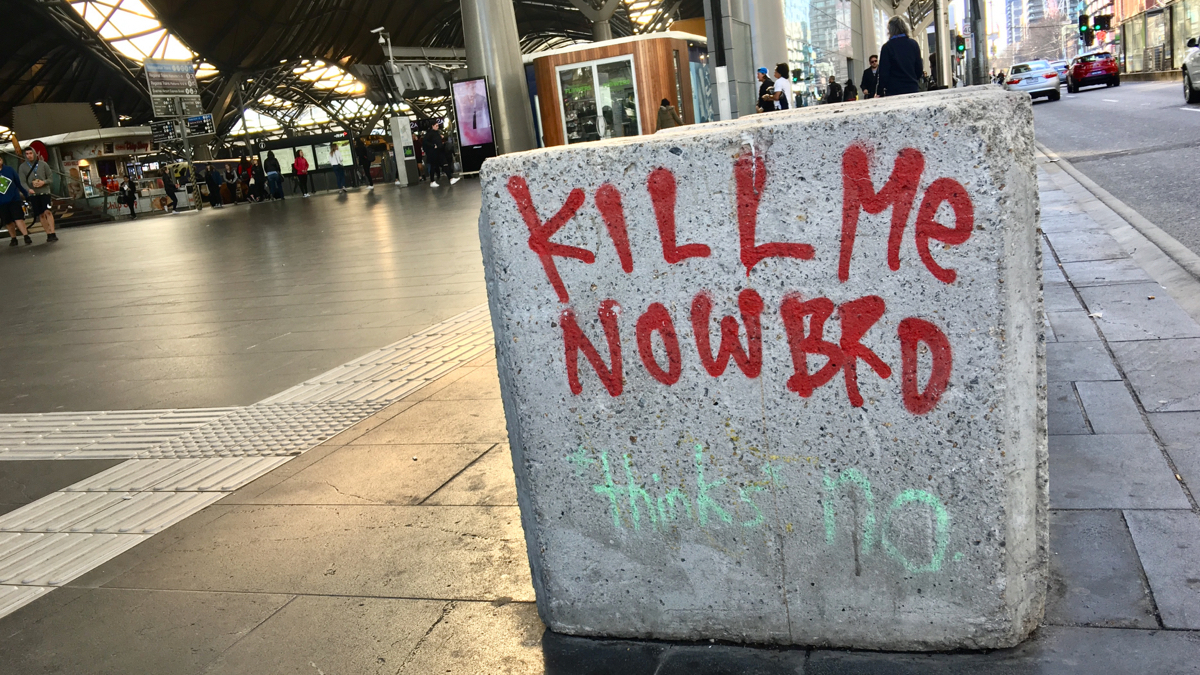 It was a busy fortnight from Monday 23 July to Sunday 5 August 2018, and this pleases me. So much written, across two cities. And I had a lovely time in Melbourne.

None. I really must catch up on the podcast production.

I’ll be back in New South Wales this week, starting off with the errands and medical appointments in Sydney on Monday before taking the train back to Wentworth Falls. I may well do some writing as well. The writing continues Tuesday through Thursday.

On Friday I’m back in Sydney for another medical appointment, a lunchtime meeting in Pyrmont, and a visit to the National Archives of Australia’s premises at Chester Hill. I hope that last errand will produce a fascinating document for you.

My third radio spot for this busy radio week was Marc Fennell’s Download This Show, which we recorded on Wednesday morning.

Can you imagine being able to control a crematorium, a powerstation or traffic lights somewhere out the world from your laptop? Welcome to the mysterious search engine Shodan. If Google is the search engine for web pages than Shodan is the Google of “things”. Also in this episode we examine the state of Lulzsec in Australia and experiment with the new crowdsourcing app SeeSaw.

My fellow panellist was Claire Porter, technology editor for News.com.au. And here’s the full audio.

I’m currently on the train down from the Blue Mountains to Sydney, en route to the AusCERT 2012 information security conference on the Gold Coast, and I’m thinking about what stories might emerge.

Here’s what I wrote last year when, just like this year, I was on the ZDNet Australia team:

The feeling I get from scanning those headlines is that there’s always a lot of scaremongering but the threats often don’t materialise. Are the threats over-stated? Does pointing out the threats trigger an effort to counter them, thus defeating them? Is it all just a bit too screechy?

And over the last year there’s been so much talk of imminent cyberwar. Is that just this year’s fashionable scary thing on a stick? I intend to ask a few questions. And I’ll plug it again: Thomas Rid says we shouldn’t believe the hype.

I haven’t yet looked in detail at the conference program but will do so over the next few hours. What do you reckon I should be investigating?

[Update 16 May 2012, 0625 AEST: Changed second paragraph to emphasise that I am covering the event for ZDNet Australia this year as well as last.]