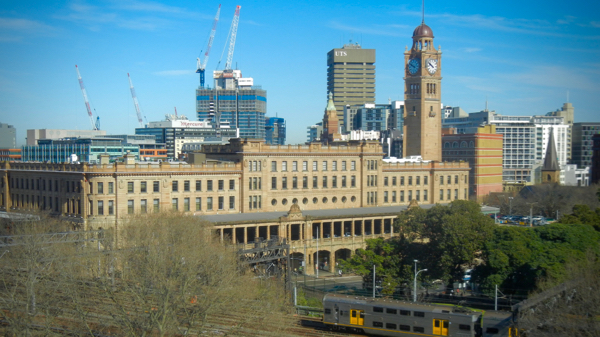 Monday and Tuesday went to plan, but after that the fatigue set in right through until Saturday. The cat’s humans returned on Saturday evening, rather than Sunday as I’d expected, and that night became a bit… rowdy.

I awoke Sunday morning in pain, thanks to falling onto the edge of a coffee table, and copping the hard corner in the ribs. Do not trust coffee tables. That made the return to Wentworth Falls… interesting. But hey, here I am.

None, but I’ve gathered plenty of material for writing over the next few weeks.

It’s my first week back in the Blue Mountains for three months, and it’s the start of Spring. I’m looking forward to it.

On Monday I’m keeping quiet to rest my back, then staying in to watch an episode of ABC TV’s Four Corners on Cyber War. On Tuesday I’m doing an early-morning interview, reviewing Four Corners for Crikey, and in the afternoon running errands in Katoomba.

There’s a chance all that might be reshuffled or even cancelled if the pain lingers too long.

It most certainly was reshuffled. It turns out that while I haven’t broken any ribs or damaged my kidneys, it’ll take two to four weeks for the injury to settle down. Resting is a more sensible idea than long train commutes. I’ll do some writing and suchlike from where I am.

I reckon Friday will see some more writing for ZDNet, and then the weekend is unplanned.

The next episode of The 9pm Edict podcast will be recorded and streamed on Tuesday 6 September.

[Photo: Sydney Central Station on a spring morning, photographed not this year but on 15 August 2012.]