The hack of Sony Pictures Entertainment inspired many of the talking points on today’s “Tech Wreck” segment on ABC 720 Perth.

Did North Korea hack Sony? Or was it hackers-for-hire employed by North Korea? Or was it someone else who hired hackers and paid them to look like they were working for North Korea? At this stage nobody knows. But whoever did the hack, it is not “cyberwar”.

Sony is also trying to take legal action against people publishing links to the stolen material, which is surely going to trigger the Streisand Effect — which I explained.

We spoke about how Sony’s computer networks were shut down, leading to working like it’s an office from ten years ago, but with added paranoia.

And we also spoke about the Pew Research Center report, as described in the Fairfax press, which suggested that living a public life online would be the new default by the year 2025. Privacy will be considered a luxury.

Following a ruling by the European Court of Justice (ECJ), Google has instituted a system to enable “the right to be forgotten” — and they’ve been flooded with requests.

More than 12,000 requests for certain pages to be removed from Google’s search results were received in the first 24 hours — that’s an average of seven per second — and it’s still unclear how they’ll all be dealt with.

In any event, it won’t work.

I discussed some of the issues with Genevieve Jacobs on ABC 666 Canberra this morning, including the case of Michael Trkulja, the Melbourne man who successfully sued both Google and Yahoo! for a total of around $500,000 — but who has yet to pay his lawyer — and the wonders of the Streisand Effect. 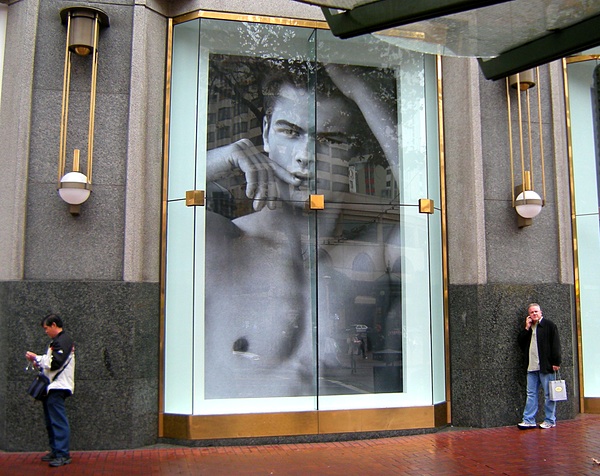 I’m in Crikey again today with an 800-word essay about the leaking of a secret Internet censorship blacklist — exactly what I’d predicted only on Wednesday.

The article is free to read, but here’s a flavour:

For money. For political advantage. For the sheer bloody fun of sticking it to The Man. And, yes, maybe someone might even leak it because they’re one of that tiny number of sick bastards who get off on child pornography…

American bank robber “Slick” Willie Sutton was (probably apocryphally) asked why he robbed banks. “Because that’s where the money is.” ACMA compiles a virtual bank vault of nasty websites and hands the keys to the makers of filter software and from there, it’s planned, every ISP in Australia — including many low-margin businesses which, let’s face it, don’t have the security procedures of an ASIO or an MI5. As yesterday’s leak to whisteblower website Wikileaks proves.

I go on to analyse the leaked list — I judge it “a pretty shit piece of work” — and drop in a few thoughts from Greens Senator Scott Ludlam. Enjoy.

Two published stories from me yesterday. In New Matilda, Well That’s Awkward covers the outing of Telstra employee Leslie Nassar as Fake Stephen Conroy. And in Crikey, ACMA issues threats, meets the Streisand Effect covers the government’s threat of $11,000-per-day fines to people even linking to links to “prohibited” material. The latter is behind Crikey‘s paywall for the moment.