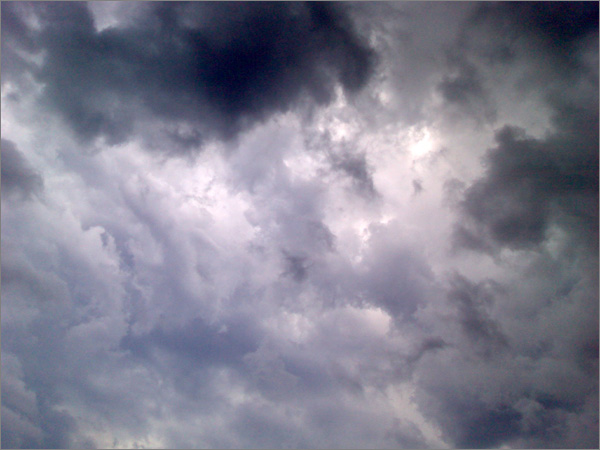 As I type this, it’s just beginning to rain, and I can hear the sound of thunder in the background. But 20 minutes ago I took this photo of the gathering storm clouds over Enmore in Sydney. 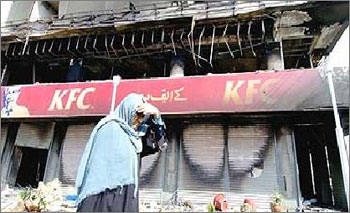 Given that there’s quite a bit of fluctuation in web traffic from day to day anyway — for all manner of reasons — I’m going to say that it’s been relatively steady through the week so far.

As I mentioned yesterday, the Heath Ledger jokes page is now sustaining itself on Google search results. I think I’ll do a more detailed end-of week analysis tomorrow. I just wanted to publish something about this Experiment today because I know every single reader is awaiting my every word on this important global issue.

Why is Facebook so popular? Sunrise presenter Pete Blasina has the explanation: “It’s because of the Internet.” Gotcha, Pete. Note, this man is paid to present this segment on technology. Obviously Channel 7 have scoured teh internetz for only the best of the best. Hat-tip to Cameron Reilly.

Scientific American explains two media manipulation techniques, the “straw man” and the “weak man”. Know how to spot them and help fight the Hallucinating Goldfish.

In Getting Duped: How the Media Messes with Your Mind, Yvonne Raley and Robert Talisse write:

One common method of spinning information is the so-called straw man argument. In this tactic, a person summarizes the opposition’s position inaccurately so as to weaken it and then refutes that inaccurate rendition. In a November 2005 speech, for example, President George W Bush responded to questions about pulling troops out of Iraq by saying, “We’ve heard some people say, pull them out right now. That’s a huge mistake. It’d be a terrible mistake. It sends a bad message to our troops, and it sends a bad message to our enemy, and it sends a bad message to the Iraqis.” The statement that unnamed “people” are advocating a troop withdrawal from Iraq “right now” is a straw man, because it exaggerates the opposing viewpoint. Not even the most stalwart Bush adversaries backed an immediate troop withdrawal. Most proposed that the soldiers be sent home over several months, a more reasonable and persuasive plan that Bush undercut with his straw man.

The Weak Man tactic is a twist on this…

END_OF_DOCUMENT_TOKEN_TO_BE_REPLACED

In the names of all the Gods, how could I have possibly missed the news two days ago that Corey Worthington Delaney is kicking off a three-city rave which will hit Sydney next month, followed by a tour of seaside spots in England in June, including Blackpool, Bournemouth and Torquay? Where can I get tickets?