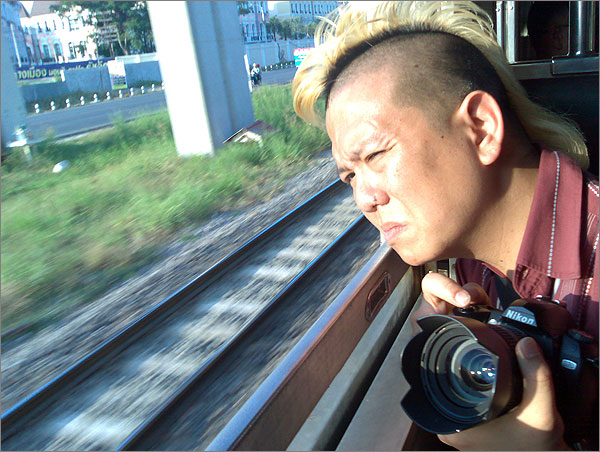 Just as I’ve decided to leave my detailed travel writing about Thailand until I return to Sydney, ’Pong hasn’t posted much on his website yet — preferring to shoot many, many gigabytes of imagery to edit upon his return. But having looked at some of the raw images, you’re in for a treat.

I shot the image above using my pimple-cam last week, when we caught the train back to central Bangkok after spending six hours (!) hanging about the Don Mueang district government office sorting out his voter registration for the forthcoming Thai general election. How focussed, eh?

We’re really going to enjoy writing about our journey!

One Reply to “Focussed, highly focussed”