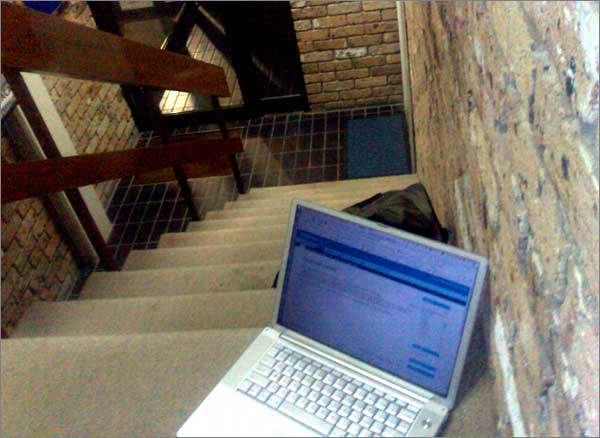 You won’t believe this! It’s 11pm and I’m currently trapped in the front stairwell of the commercial building at 186 Mona Vale Road, St Ives. Locked in because I tried leaving by the front door, instead of the usual rear exit. Except it’s deadlocked. And now I can’t get back up the stairs either, because that door has locked too!

Oh well. At least there’s carpet on the floor and three hours of laptop battery left… [sigh] How glamorous!