Happy New Year! The Premier of NSW once dressed as a Nazi and people are losing their minds. It’s the perfect start to 2023.

END_OF_DOCUMENT_TOKEN_TO_BE_REPLACED

This is the first episode of this podcast for nearly three months, and what I foretold has come to pass.

“‘President Trump’, get used to saying it,” I first warned you on 5 November 2015, a full year before the US elections.

It’s not really a matter of careful what you wish for, because I wasn’t wishing for this. I just foresaw this new era in human history. I can indeed see through time, and you people really do need to start recognising this simple fact.

END_OF_DOCUMENT_TOKEN_TO_BE_REPLACED

A ship holding people prisoner is not a prison ship. Senator Bill Heffernan goes on record with a self-description. And there’s some lifestyle advice from QUT.

In this podcast, there’s talk of any number of things which should cause worry.

END_OF_DOCUMENT_TOKEN_TO_BE_REPLACED 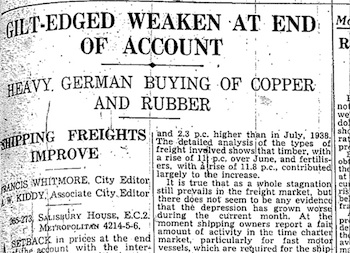