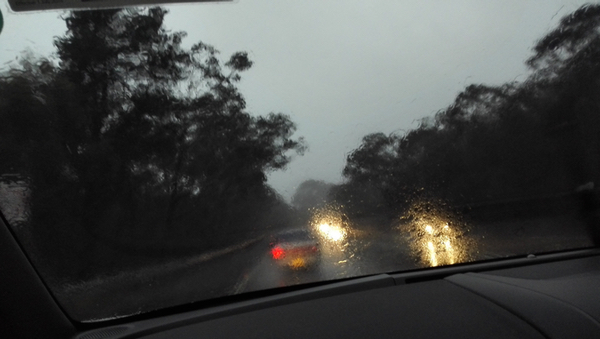 Today the US-based video streaming service announced that will launch in Australia in March 2015. I spoke about the implications earlier this evening on ABC 891 Adelaide.

While Netflix already has 200,000-odd customers in Australia, using various methods to get around the geoblocking. Will they move across when the Australian service, given that the selection won’t be the same? Will Australia’s broadband cope?

The presenter is Michael Smyth.

The government’s discussion paper on online copyright infringement came out just over a month ago, the submissions period closed on Monday, and now the debate is really kicking off — including on the complicated legal issue of geoblocking.

Now I’ve already given my opinion on the political spin in the discussion paper itself. But the specific issue of geoblocking came up on ABC Gold Coast, and this morning I spoke with breakfast presenter Bern Young.

Legally it’s a grey area. By signing up for a Netflix account from Australia, for example, you may be breaking the terms and conditions of their service. But you’re still paying for the content, and money is passed on the the actual producers.

The only people missing out are the local Australian distributors who’ve inserted themselves between the content producers and the audience. What value are they adding, exactly? The whole point of the internet is to enable people to connect globally.

CHOICE sees it as a consumer issue. Doesn’t geoblocking, the restriction of content availability by location, restrict competition? They’ve just launched a TV campaign making that point. Even the government’s own inquiry into IT pricing recommended that geoblocking be outlawed.

I am continually intrigued by the choices of stories that I end up talking about on Channel TEN’s The Project — like bouncing off the release of a parliamentary report on IT pricing to discuss how to avoid geoblocking.

It’s nearly two weeks since we recorded some sound bites at the foot of Sydney Harbour Bridge. The story was originally scheduled to air the following night. But on the day there was a far better yarn to tell — the anniversary of MMS, which could lead to some fun sexting jokes — and then the prime minister called the election. I was starting to assume that the story had been spiked.

But no, it went to air on Monday night, and it turned out to be quite a good explanation of the issue and how to get around the geoblocks — as well as the risks.

The video of the three-minute segment, including comments fore and aft by the presenters, is over the fold.