Here are the web links I’ve found for 16 November 2008, posted automatically and not. I’m a sucker for maps. I’m especially a sucker for satirical maps of our psychopolitical geography. So I reckon this Tory Map of the World from 1982 is pretty special.

I particularly like the entire Indian sub-continent labelled as “Pakis” and the mis-identification of Singapore.

Bonus link: A map of The World according to Ronald Reagan, with Africa divided into “Egypt” and “Negroes”.

Thanks to Strange Maps for the pointer.

I’m a sucker for beautiful maps, so I simply must share this population density map of the US which I stumbled across today.

It’s part of a Time cover story from last year, An In-Depth View of America by the Numbers, which also includes What We Believe (31% of Americans believe in an “authoritarian God”, for example, while it seems only 6% don’t believe in God), Denomination Nation (exploring which kind of Christians live where) and Who We Are (which, being American, starts off by talking about race).

The NSW Electoral Commission has great interactive maps so you can find your local polling booth for 24 March. But they’re based on Google Maps. So as Richard Chirgwin points out, the mapping data is licensed in a very roundabout way. 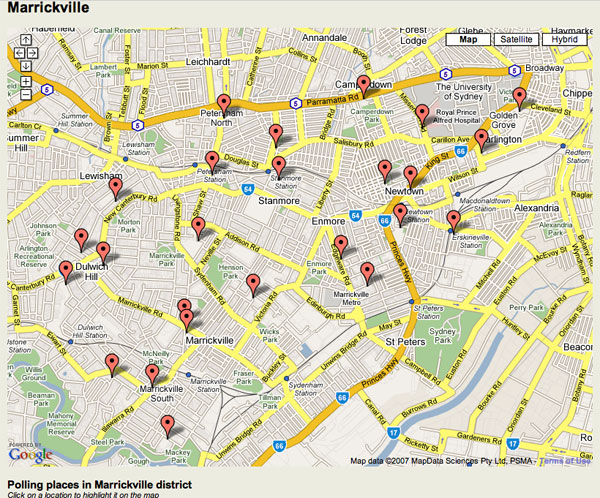 “We are surrounded by cretins,” Richard says. I tend to agree.

Though the defence is obviously that Google Maps provides a nice, convenient interface for programmers to use. 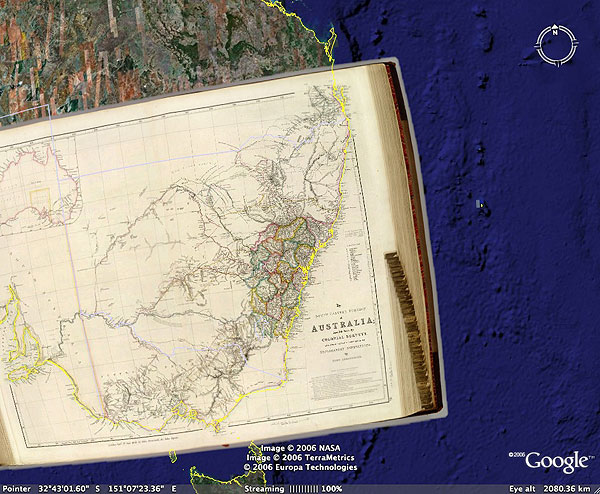