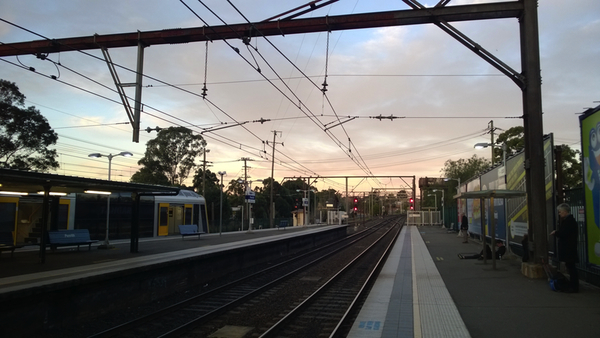 It’s time to catch up on my Nokia Lumia 925 / Windows Phone 8 trial, skipping over Day 4 to Day 5, Saturday 3 August 2013 — when I finally discovered the proper way to synchronise the phone with my MacBook Pro.

I’d been frustrated by the slow process of using Bluetooth to transfer photos. Nowhere in the “Welcome” booklet that comes with the phone is there even a suggestion that you can plug the phone into a computer, let alone that there exists an official Microsoft Windows Phone for OS X application!

Furthermore, if you use Apple’s default workflows for managing your images in iPhoto and your music in iTunes, then that all works too.

OK, so I’m an idiot. Maybe I should have looked, or perhaps browsed Nokia’s support site. But I still think this is something worth mentioning from the beginning — particularly as certain phone configuration options are only available from the management software.

END_OF_DOCUMENT_TOKEN_TO_BE_REPLACED

I gave my feelpinion on ABC Radio’s PM program this evening. I was not complimentary. I mentioned steam trains. And sledgehammers.

The journalist was Johanna Jarvis. The presenter, Peter Lloyd. Here’s the audio.

The audio is of course ©2013 Australian Broadcasting Corporation, and over at the ABC website you can find their audio and a transcript.

While Apple’s iMessage isn’t new, extending the application to the Mac’s OS X desktop is, as are some of the iCloud-linked services. In part that’s shoring up Apple’s cloud services. And it’s certainly part of the threat to mobile telcos’ revenue that I wrote about for CSO Online yesterday.

The Path thing is just arsehattery of the first water.

The audio is ©2012 Radio 2UE Sydney Pty Ltd, of course, but as usual I’m posting it here in case they don’t post it at their own website.

Back in May 2011, Twitter bought TweetDeck for $40 million. Now they’ve taken the power users’ Twitter client of choice and, well, fucked it up.

OK, the fact that the new TweetDeck doesn’t run under Adobe AIR but directly as an OS X program will improve the battery life of my MacBook Pro. Eventually. When the program catches up to what we’d all been used to.

Whenever the heck that’s likely to be.

I’m not holding my breath.

[Update 0840: You can download the equivalent TweetDeck version 0.38.2 for Windows from OldApps.com. It’ll do you for Windows XP, Vista, or 7.]

[Update 0900: And now we also have a Linux installer! For your enjoyment, TweetDeck version 0.38.2 for Linux. Thank you, sylmobile.]

[Update 17 March 2012: As Wade points out in his comment today, the same Adobe AIR file should work across all platforms. That’s the point of AIR. In my response I explain how the post ended up this way. I’ll fix it in due course.]