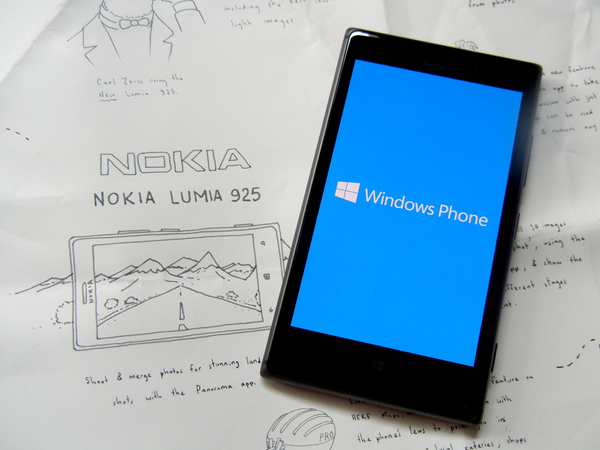 Starting today, I’m going to try using a Nokia Lumia 925 running Windows Phone 8 as my primary smartphone. I plan to run this trial for a week, through to the end of next Tuesday 6 August 2013. This post explains the why and how of it all.

The why is easy enough. I write about this stuff, and both Nokia and Microsoft are hoping these products will be their saviours. I should therefore take a closer look, and what better way than to actually use them.

The how is easy enough too. As soon as I’ve finished this blog post, I’ll take the SIM from my current smartphone, put it into the Lumia, and go from there, attempting to use it in exactly the same way as I go about my business each day.

While I’m doing the set-up, I’ll be listening to a Patch Monday podcast episode from a year ago, Windows 8: Rectangles for all the things explained. I’ve already read the companion article, Windows 8 interface’s design heritage.

I’ll be tweeting my observations as I go, using the hashtag #LumiaWP8trial, writing up my observations at the end of each day, and recording them for a podcast. There will also be a Flickr set of all the photos.

Finally, here’s some background information on how I work.

I currently use a Samsung Galaxy S III 4G running Android. My primary work computer is an Apple MacBook Pro running OS X, and I’ve recently been given an iPad mini running iOS. I haven’t used Windows Phone of any version before, nor Windows 7 or 8. However I’m more that familiar with versions of Windows up to Vista and Windows Server 2003, as I made my living from such things up until a few years ago. I’ve been using Macs since the beginning, and Linux since early Slackware days.

Both Microsoft and Nokia make a big deal of connecting to the latter company’s services, such as Exchange servers and Office 365. I don’t use them. I run my own email server, synchronise my contacts through Google, and my calendar (MacBook Pro and iPad mini only) through Apple’s iCloud. I expect this to add a burden to the configuration — but given Nokia and Microsoft’s tiny market share, most users will end up having to deal with similar issues. Certainly if they assume that everyone lives within their walled garden, or if they make it difficult for people to use other vendors’ services, they’re doomed.

The phone will also have to double as a Wi-Fi hotspot, given that I lost my Telstra / Sierra Wireless a couple weeks ago and haven’t replaced it yet.