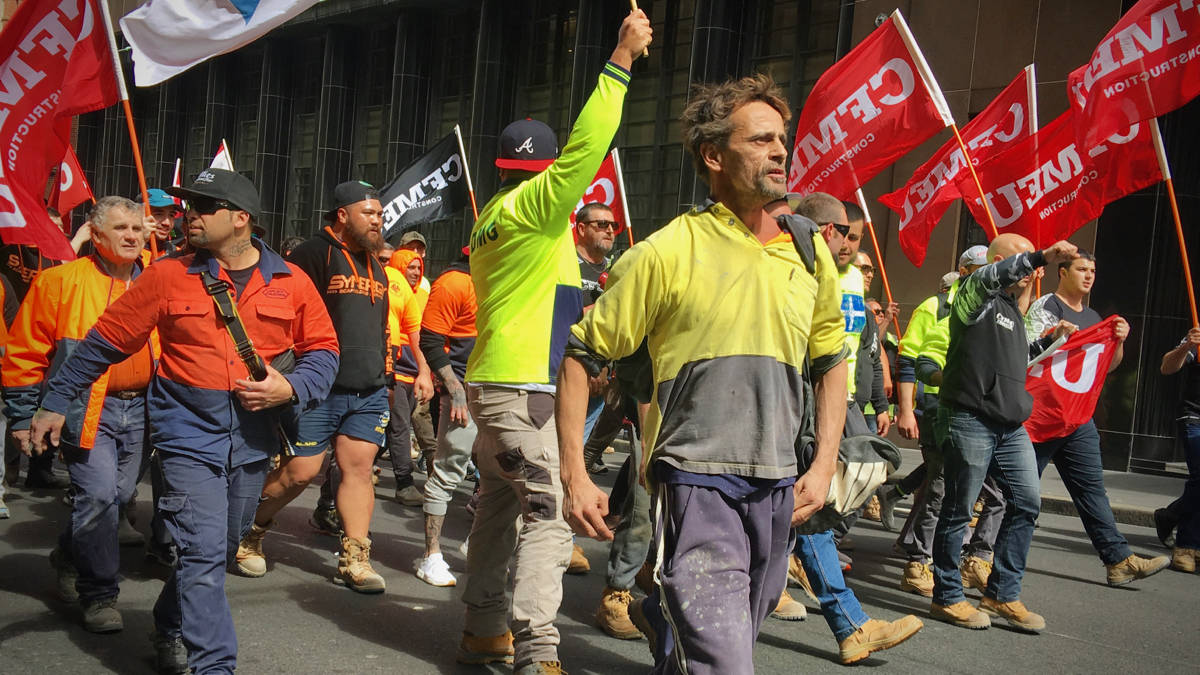 I don’t know what to make of my week from Monday 3 to Sunday 9 September 2018. It felt like I was quite busy, but there isn’t as much visible output to show for it. Oh well.

I wrote a third piece for ZDNet that should appear on Monday.

None. I am very embarrassed not to have done the podcast on Wednesday as promised. I did make the journey to Cronulla the recording session, as foreshadowed last week, but it turned out that I wasn’t quite recovered from illness, and needed to rest. But see below.

It’s a Sydney-centric week. I’ll head down the hill on Monday morning for least one meeting that afternoon.

On Tuesday and Wednesday I’m covering the AI & Machine Learning Summit. Thursday and Friday will be therefore about writing.

The next episode of The 9pm Edict will now be recorded on Tuesday 18 September at 2100 AEST, because that week looks less hectic. Listen on the livestream or on Spreaker apps, or listen later on the usual feeds.

[Photo: The Right to Strike. Trade union members leading a protest march through Pitt Street, Sydney on 6 September 2018. It was a big event, with the column stretching for maybe two kilometres, yet it received little media coverage. As for this photo, I wish I’d had a wider angle lens and been able to bet in closer.]

Australia’s Prime Minister Malcolm Turnbull is the savour of the trade union movement, apparently. Indeed, it looks like Turnbull is laying out the groundwork and strategy for an early election in the new year.

In this abbreviated New Year’s Eve episode of The 9pm Edict, there’s talk of Soapy’s bookshelves, alcohol, and not a lot else, really.