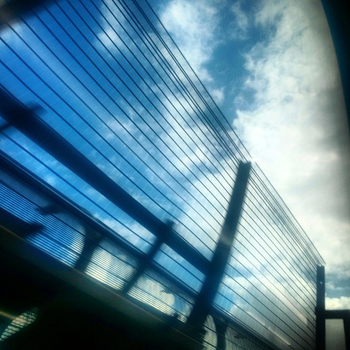 These Weekly Wrap posts have fallen into disrepair, haven’t they. Well, they’re back in operation again now. Whether the missing weeks’ posts will ever appear is as yet unknown.

My week of Monday 29 September to Sunday 5 October wasn’t as productive as it could have been. That’s down to a mix of pain and depression, but I won’t belabour the point.

Nevertheless, I did enjoy the warm spring weather.

I wrote my usual column for ZDNet Australia, but it won’t be appearing until Tuesday.

This will be the final week of my sojourn at Hurstville in Sydney’s southern suburbs. I’ve been housesitting a friend’s apartment while she was on holidays overseas. I’m going to miss the place.

Monday is officially a public holiday in New South Wales, but I’ll be starting work on an episode of The 9pm Edict podcast.

On Tuesday I’ll be planning a couple of feature stories for ZDNet Australia, planning some changes for my other little technology business, resurrecting the 5at5 daily newsletter thing, and finishing off the podcast.

The rest of the week isn’t planned out in any kind of detail yet, but there’s be a ZDNet Australia column to write, and I’ll be returning to Wentworth Falls on Friday.

[Photo: Crossing the Harbour, a not-very-scenic view from the Sydney Harbour Bridge, as seen from the lower deck of a train on 3 October 2014.]