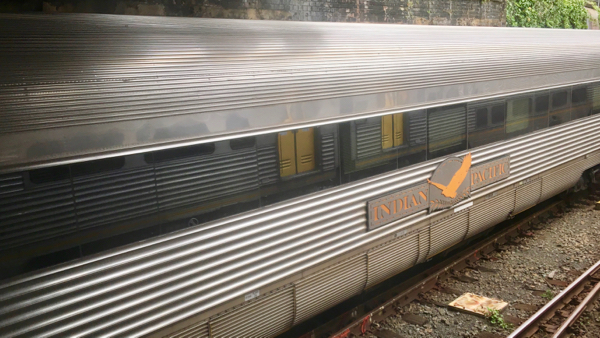 My week of Monday 30 January to Sunday 5 February 2017 has just ended, with some pleasing results.

It seems that once we moved from January into February, and Australia returned from its traditional extended holiday season, that things started moving. I also managed to get rid of some of the pain that had been plaguing me over summer.

None. But wait until you see what happens over the coming few weeks.

I’m based up at Wentworth Falls this week, but on Monday I’m doing the long commute to Sydney for an appointment at the US Consulate, a couple of errands, and maybe a meeting or two. I’ll also finish off a column for ZDNet en route.

For the rest of the week, I’m working on that SEKRIT editorial project. I’ll tell you more about that mid-week. I’ll probably also write a thing or two for ZDNet, because the Australian Parliament starts a new session this week, and there’s some legislation being debated that’s relevant to my interests.

Assuming everything goes to plan, on Sunday I’m flying to San Francisco to cover the RSA Information Security Conference (RSAC), which runs 13 to 16 February.

I see that I’ll be in San Francisco when the anti-Trump general strike has been planned, Friday 17 February. That should be interesting.

I’m covering the APRICOT 2017 / APNIC43 conference in Ho Chi Minh City, Vietnam, from 26 February to 3 March; and the annual conference of the Australian Cyber Security Centre (ACSC) in Canberra from 14 to 16 March.

Further details are at stilgherrian.com/inpublic/.

[Photo: Indian-Pacific, stalled. The Indian-Pacific is the longest rail journey in Australia, running between Sydney and Perth via Adelaide. For some reason, on 1 February 2017 is was waiting just outside Sydney Central Station. That must be frustrating at the end of a four-day journey.]