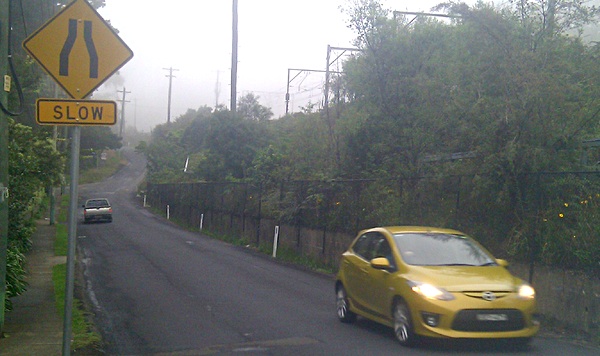 A weekly summary of what I’ve been doing elsewhere on the internets. Another week of doing most of my work from my temporary home in the Blue Mountains.

None. Again. I’ll have to fix that. In fact there’s a big corporate party next Friday, but I’m wondering whether I can be bothered coming down to Sydney for it.

[Photo: Railway Parade, Wentworth Falls, in the fog, taken on 16 March 2011. This is the regular path I take when walking from Wentworth Falls station back to the Bunjaree Cottages.]