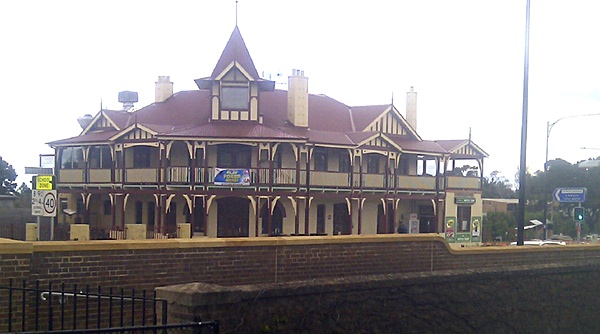 A weekly summary of what I’ve been doing elsewhere on the internets — which this week wasn’t much because I was mostly working on invisible things for clients.

None. It turns out that, no, I couldn’t be bothered coming down to Sydney yesterday just for a party.

[Photo: The Blue Mountains Hotel, Lawson, photographed from the railway station platform on 24 March 2011. I had lunch there, and it was quite adequate.]