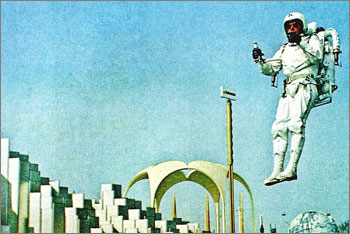 Statistics on how businesses use the Internet demonstrate how the Web 2.0 digerati are rocketing so far ahead of reality into their self-obsessed digital fantasy-land that they might as well be on Mars.

ABS figures show that fewer than a third of Australian businesses have a “web presence”.

This week the redoubtable Laurel Papworth complained about that:

Stephen Collins, who I’ve read for a while and chatted with recently, agrees.

I am disappointed. It indicates just how far behind the 8-ball most business in Australia is…

Laurel associates this lack of penetration with the widespread lack of understanding of the power of the Web, and specifically Web 2.0 technologies, amongst Australian business. I’d have to say I agree.

Really? Disappointed? I see steady growth in those “web presence” figures. I’ll show you in a moment. First, though, I need to tell you why I reckon you’re wrong.

“Disappointment” shows a misunderstanding of what constitutes “business”, even in the 21st Century. And there’s still a lot of work to help businesses lay the digital foundations before we start building so many crystal castles.

Most of us have the wrong idea about business. In part that’s because TV news is lazy, and shows us stock images of office buildings, factories, coal mines… yet there are 3 million active registered businesses in Australia, and fully 72 percent don’t have any employees. And in part it’s because it’s sometimes useful politically to make “business” sound like some Big Scary “Them”.

The median “Australian business” is a single man or woman — probably a sole trader because sole traders are the most common form of businesses (39%).

Now here are those “disappointing” numbers:

The “web presence” figure went up 3.1 percentage points between the last two surveys. In just one year, 93,000 Australian businesses created a new web presence. That’s one hell of a lot of websites: more than 350 every working day!

That’s even more impressive when you consider that it’s only been 12 or 13 years that most of these businesses could even connect to the Internet.

And consider the profile of businesses…

On a brief stroll yesterday I saw a late-night pharmacy, a barber, a locksmith, a carpenter whose van was parked outside a building site, a laundromat, a $2 shop, 2 x cafés, a local pub, a greengrocer, a watchmaker, a local medical centre, a masseur and a corner shop. Most of them will still be getting used to using email in their business, if at all. Only one had a website that I know of — can you guess which one?

I think we should be very, very happy.