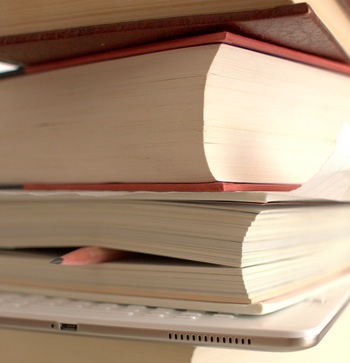 The Macquarie Dictionary tells me:

problematise (say ‘probluhmuhtuyz)
verb (t) (problematised, problematising) to expose and analyse problems in (something previously assumed to be without problems): to problematise the current assumptions.

So that core phrase about problematising the notion of the public — and I feel dirty even typing that! — might perhaps go something like this:

But since then we’ve turned back to the market as our solution [saviour?], a process that reached its peak in neo-liberalism. This process has, ever more explicitly, exposed problems with the very notion of a unified “public” that we hadn’t realised before.

Now I don’t know whether that gets the emphasis right. If I were the editor, I’d run those suggested changes past the author to make sure we’re conveying the right nuances.

But that’s the problem. I’m a well-read, intelligent middle-aged person with a tertiary education and a keen interest in the subject matter. If I can’t be sure I’ve understood the author’s intent, then what chance does anyone else have?

Who are the author and editor at newmatilda.com expecting to communicate with?

I think there’s two issues here: assumed cultural literacy, and the role of the writer.

The concept of cultural literacy was coined or at least promoted by E D Hirsch Jr. As Wikipedia puts it:

Cultural literacy is the ability to converse fluently in the idioms, allusions and informal content which creates and constitutes a dominant culture. From being familiar with street signs to knowing historical references to understanding the most recent slang, literacy demands interaction with the culture and reflection of it.

Take a daily newspaper. To be culturally literate — and this is my rough paraphrase — you need to understand all of the words and phrases used in the front-page stories that are presented without explanation.

If it’s a story about the Bombers, it’s assumed you already know that that’s the nickname of the Essendon Football Club in Melbourne, and that they’re an Australian Rules Football team rather than part of the Australian Rugby League. Indeed, the abbreviation “AFL” will be used without explanation, as will team members’ nicknames and various aspects of the game’s rules.

And yet most people are excluded from the political story because they don’t know the nuances. As I’ve written elsewhere:

Most people couldn’t identify a front bench, government or opposition. Most don’t even know what a front bench is. In the late 1980s I did a vox pop in Adelaide’s Rundle Mall for ABC Radio. The question: “There’s just been a state cabinet reshuffle. Can you name any cabinet members, old or new?” 80% didn’t know what a “cabinet” was. “Oh like John Howard, you mean?” asked one. Well, kinda. Just a different parliament and (then) a different side.

And I’d be excluded from the football story. I just had to look up “Bombers” to see which club that is. Sports journalists are particularly bad at understanding cultural literacy issues. If you’re not already into a sport, where do you start? Because the news stories give you no clues.

In just that single paragraph of the newmatilda.com story, “Keynesianism” is presented as a given, and “zenith” is used rather than the everyday “peak”.

I studied computing science and linguistics, not economics or media studies. I know that Keynes was an important economist because… something. But give me a chance! At least give me a sentence or two explaining his views of the “public” in the context of what you’re trying to explain to me.

My point here is about communicating clearly with your audience. What is newmatilda.com’s intended audience? Only people with a post-graduate education who already know that “problematised” has a particular meaning in post-grad analysis? That’s perfectly fine, but it seriously reduces the size of your audience — with obvious implications for your potential revenue.

I’d argue that there’s plenty of people interested in the history and future of the media, but only a small proportion of them are media studies or sociology post-grads.

My second point is that it’s the writer’s job to write clearly for their audience.

On Twitter, Barry Saunders said — and I’ll turn a series of tweets into prose — “Having spent time writing as an academic as well as for general audience, some words can’t be simplified. Sometimes you should just crack out a dictionary. If you understand the word ‘problematic’ [then ‘problematised’ is] really not a stretch.”

Sure. Sometimes there really is no alternative to a specialist’s specific jargon word. So when you use it, explain it. Or link to a definition. But if there is an everyday alternative, use it! Even if it takes a few more words or a re-phrasing.

In this case, though, I don’t think the specialist meaning of “problematised” is quite so obvious. Well-educated me got it wrong first time around. Surely I’m not alone.

Every reader who stumbles over a meaning… Every reader who makes a mistake in interpretation because they didn’t know a word’s special meaning in the special context… Every reader who’s forced to go to a dictionary or, more likely, doesn’t bother… Every one of them represents a failure of communication.

Every failure of communication is a failure of the writer, and of their editor whose job it is to massage the writer’s words for the audience.