On 23 July 2006, an Israeli aircraft intentionally fired missiles at two Lebanese Red Cross ambulances performing rescue operations, injuring everyone inside. So says the global media, including Time magazine, The Guardian, the New York Times and outlets around the world including The Age. 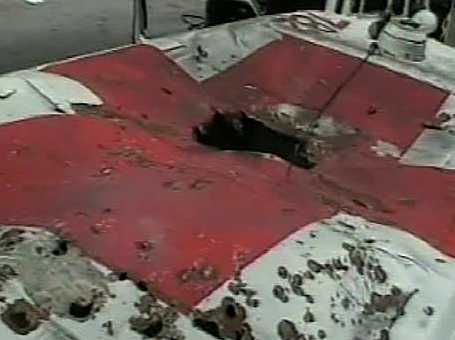 The incident would have been an indefensible violation of the Geneva Convention, and would constitute a war crime committed by Israel. But it never happened.

Bloggers have systematically debunked the story, explaining it as a hoax set up by Hezbollah to discredit Israel.

Zombie speculates how this hoax became news and why the story still has legs:

Why did the media swallow the story hook, line and sinker? In their zeal to bash Israel, did they allow themselves, consciously or unconsciously, to be duped by Hezbollah supporters into broadcasting propaganda as news? Or is the media so eager to jump on any fresh scandal that they simply switch off their critical thinking and become absolutely credulous of any juicy tale thrown their way?

Well, I don’t see the US-dominated news media having “zeal to bash Israel”!

No, the real reason is that the news is a massively competitive business. If you’ve got a hot story with pictures then you’d better run it, despite any doubts — otherwise the competitors will run it and your bosses will be asking why you’ve missed the big headline.

And there’s no need to correct yourself afterwards. Unless you’ve got a basic fact wrong — sorry, John Howard wasn’t assassinated after all — then the media’s goldfish-like attention span will have moved on. Why draw attention to a mistake?

One Reply to “The Red Cross Ambulance Incident”