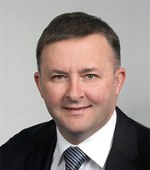 Internet censorship is poor policy: filtering trials must stop at once

I write to you, my elected representative, to express my deepest concerns about the government’s current plans for censoring the Internet.

Respected network engineer Mark Newton, who I consider to be one of the pioneers of the commercial Internet in this country, has powerfully detailed his own concerns in a letter to his local MP, Kate Ellis. I too would like to see the government provide specific responses to the issues he raises — rather than the attempted bullying which has come from Senator Stephen Conroy’s office.

I have already speculated in Crikey that the Rudd government is only continuing with the filtering trials, which were set up by the Howard government, to placate Senators Steve Fielding and Nick Xenophon. I do understand that to secure their vote on other matters the government needs to toss them a bone occasionally. But…

The fundamental human right of free and open communication is far, far too important to use as a bargaining chip for Senate votes.

Last week’s Senate Estimates showed that The Greens understand this. Senator Conroy’s responses show that he cannot defend the trials on their merits — and more worryingly that he, and by extension the Australian Labor Party, does not understand.

During the 2007 election campaign the Prime Minister said many times that his government would be one of “evidence-based policy”. The evidence clearly shows that Labor’s policy on Internet censorship is wrong.

The only rational outcome is for these trials to cease immediately, before any more taxpayers’ money is wasted.

I welcome you response.

Should you wish to print and send this to your local MP too, here’s a PDF copy, as well as the PDF of Mark Newton’s letter.

The quickest way to find your local MP is to hit openaustralia.org, and enter your postcode. You can then click through to his or her website for the contact details.