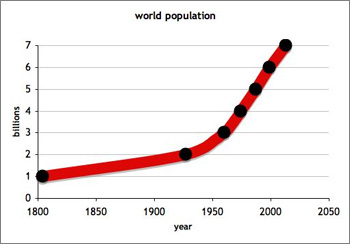 Yeah I just said that it’s the wrong sort of day for numerical analysis. However I stumbled across these numbers and had to draw a graph immediately.

You all know the drill from here…

A small proportion (us Australians, Americans, Europeans, Japanese and some others) chew up the vast majority of the world’s resources and are dumping our shit everywhere. We know we need to stop. But those other billions reckon they’ve had the rough end of the pineapple for too long and now it’s their turn.

And we’re surprised when they get stroppy about it.