END_OF_DOCUMENT_TOKEN_TO_BE_REPLACED

So my January was a bit of a failure. I didn’t do much reassessment of the journalism and other writing I do. The cancellation of the Patch Monday podcast and my Linux.conf.au coverage killed off income. And I spent too much money. Sigh.

Linux.conf.au first. While I did think about ways to generate funding for coverage at the same level as last year, the time was too short. If I got to Canberra somehow, I could still pitch stories to editors as usual, but cashflows were tight. Then Pia Waugh invited me to interview Sir Tim Berners-Lee for iiNet as part of their sponsorship of the TBL Down Under Tour. Two nights accommodation were offered. So hey, I went to Canberra for a couple days.

I ended up filing just one story. Instead of a solid income-generating week to counteract the December-January slump, it was a loss-maker.

Want a picture? I’ve added January to my chart of stories written, and I’ve changed the title to “media objects” because I’ve added the Patch Monday podcast to the ZDNet total. I’ve also added a mysterious black line. The recent slump is clear. 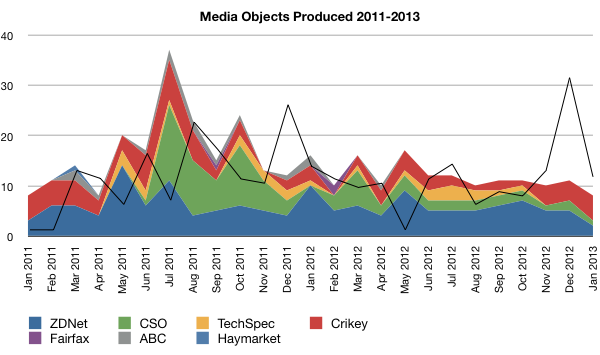 So, the current status of my thinking-about-writing thing since my last update?

END_OF_DOCUMENT_TOKEN_TO_BE_REPLACED 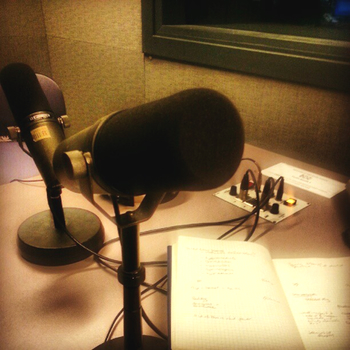 Today I’m catching up on a fortnight of blog posts, so for now my summary of the week Monday 6 to Sunday 12 August 2012 will including nothing but the facts, ma’am.

[Photo: Ready in TARDIS 1, a photo taken in one of the TARDIS audio booths at ABC Radio’s Sydney headquarters in Ultimo.] 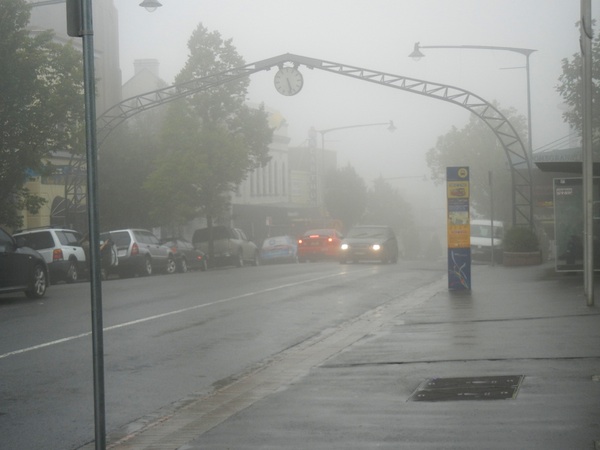 A weekly summary of what I’ve been doing elsewhere on the internets. I didn’t bother including a photo this week because I didn’t take any interesting photos. Suffer. Besides, it’s a short working week thanks to Easter.