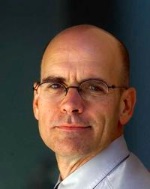 I thought it was now about filtering the ACMA blacklist, and only the blacklist. At least that’s what Senator Conroy’s saying. Maybe you and he ought to catch up over a cuppa and get your story straight?

I wrote a lengthy comment for The Australian, but it has yet to get past the moderators. Here it is, with added linkage.

I see that Clive Hamilton is running exactly the same talking points as Jim Wallace from the Australian Christian Lobby. Is this a coincidence?

I see that he still doesn’t point to any social research other than the solitary study he commissioned himself back in 2003, just after he declared the internet was “primarily” for pornography.

I see that he’s still constructing straw men called “extreme libertarians” in an attempt to trigger all the scary extremist-terrorist-death-in-the-dark buttons in our minds, in the hope that we’ll stop thinking rationally.

I see that he still misrepresents the EFA’s statements, perhaps forgetting that those statements, too, are on the internet for all to read.

I see that he still trundles out the furphy that “we have a censorship system governing films, television and magazines” while failing to mention that we also already have a system for the internet too — one which is remarkably like that for television, in fact, except that it’s secret, unaccountable, and permits even less to be seen without proving your age (e.g. MA15+ material) than can shown on network TV.

I see that he still fails to explain why the internet should be reduced to a suitable-for-children level for everyone, secretly, even if they’re adults with no children, when concerned or lazy parents can already avail themselves of a myriad of filtering tools for their own PCs or join one of the 13 ISPs already providing content-filtered internet access under the IIA’s Family-Friendly ISP program.

I also see that he’s still criticising GetUp! for cherry-picking numbers from the Phase 1 trials but does exactly the same himself. I believe that’s called hypocrisy. The filter he points to which “only” degraded performance by 2% was so bad at correctly classifying material that it’d be next to useless in the real world. But it’s irrelevant, as the lab set-up for those trials bore little relationship to the network infrastructure and traffic load of a real ISP, and bears little relationship to what’s about to be trialled in Phase 2.

And he still fails to explain why we should pour $44 million into an ill-defined IT project which meant taking away $2.8 million from the AFP’s OCSET team — you know, the men and women who actually do the dirty work of catching child abusers.

“Scare-mongering does not get more blatant than this,” says Hamilton. Actually, it does. It happens when someone spends five paragraphs describing some lurid scenario involving a schoolboy and then screeches about imaginary extremists.

Enough indeed, Hamilton. It’s time to move beyond this oft-repeated performance and catch up with the rest of the discussion.

Since Clive likes repetitive refrains, here’s a reprise of one of my faves…

18 Replies to ““Clive Hamilton, you’re really starting to shit me!””