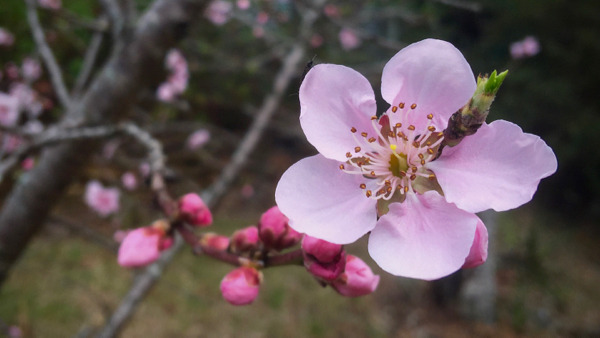 My week of Monday 5 to Sunday 11 September 2016 was consumed by a second week of pain — slightly less pain than last week, and the rapidly-blooming spring helped make it bearable.

Monday should be a relatively quiet day, a mix of production planning and administrivia. If the pain subsides a bit more, though, I might do some writing.

On Tuesday, I’ll be taking an early train down to Sydney, where I’ll stay for a couple of nights. On Tuesday and Wednesday I’m covering the SINET61 cyber innovation conference at Australian Technology Park. On Thursday it’s meetings and medical appointments, before a late-ish train back to the Mountains.

Friday is likely to include some writing, and then the weekend is unplanned.

The next episode of The 9pm Edict podcast will be recorded on 27 September, despite what I said in this week’s episode. I plan to record the next Public House Forum on Saturday 15 October somewhere in or near Sydney, and then another in Melbourne on 19 November.

[Photo: Almond Blossom at Bunjaree Cottages, Day Nine, one in a series of daily photos of an almond tree at Bunjaree Cottages near Wentworth Falls, 100km west of Sydney — although the images are of different parts of the tree. This one was taken on 7 September 2016.]