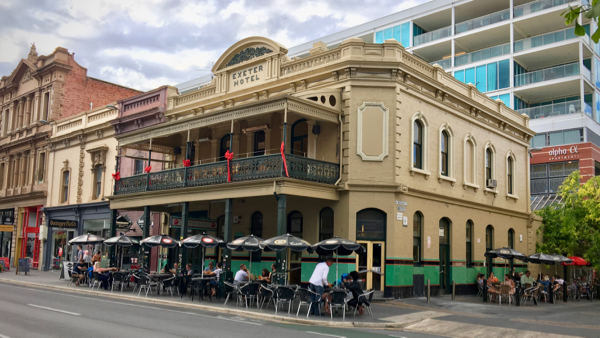 I mentioned last week that I planned to be in Adelaide, my home town, on Monday to Wednesday for a family funeral on Tuesday. What I didn’t mention was that my mother was the deceased. We were no longer close, so it felt more like a family duty than an emotional rollercoaster, but visiting your home town after a gap of more than 12 years is always… interesting.

And soon it was Christmas, and soon less than a week remained until 2017. Whose idea was this again?

Monday and Tuesday are meant to be public holidays, but I’m working through. Monday is about tiding up a few loose ends. Then for the rest of the week it’s a bunch of work on the SEKRIT editorial project, and writing for ZDNet.

Update 27 December 2016: No, let’s do this podcast in the first week of January.

I’m already scheduling events for 2017. It seems I’ll be covering the RSA Information Security Conference in San Francisco on 13 to 16 February, and the APRICOT 2017 / APNIC43 conference in Ho Chi Minh City, Vietnam, at the end of February and into early March. Stay tuned.