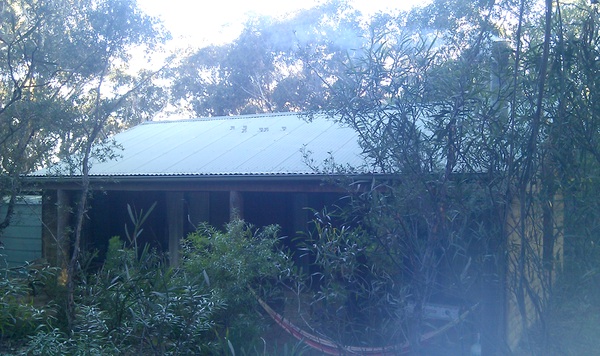 A weekly summary of what I’ve been doing elsewhere on the internets. It was a short week, thanks to the Queen’s Birthday public holiday and a severe toothache. Those events are unrelated. Mostly.

None. Not a single one. I know it was a short week thanks to the public holiday, and I know I had a toothache, but this will come back to haunt me.

[Photo: Tea Tree Cottage, one of the Bunjaree Cottages in the Blue Mountains where I’ve been living of late. I took this photo only this afternoon, when I discovered that the fire was still going from the punters last night.]