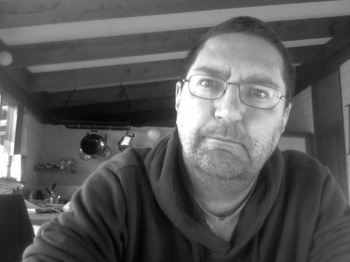 I’ve even been interviewed by an anthropologist for his PhD project. I’m talking to a new editor about more writing. And even — this is weird — to a television production company about a TV project.

That all comes after a month or, really, six weeks or more of travel, intense work, intense and deeply personal events and the tightly-tangled ball of stress, depression and anxiety that can trigger. Which it did.

And there’s still plenty of work to do and decisions to make over the next couple of weeks.

I mention all this for a variety of reasons…

I write in so many places these days — ZDNet Australia, Crikey, Technology Spectator, ABC’s The Drum, even occasionally at places like CRN Australia. And, as I mentioned, there’s probably more to come. That’s all writing for other people.

This here is my place, and it’ll be about writing for me.

No, I’m not sure what form that’ll take.

I’m not sure what it even means.

Do those bullet points flow from the intro? No, not really. But that’s where my head is this morning. I’m sure things will become clearer as the day unfolds.

[Photo: That’s me (embiggen) photographed with my webcam just now at Rosella Cottage, the somewhat bigger house that’s the “family home” of the owners of Bunjaree Cottages. It isn’t normally rented out to punters. I’ve been here at the cottages alone for a week, and I haven’t bothered shaving. I’m staring to look like I did before ’Pong and I shot that short film The Shave back in 2008. It’s not a good look.]