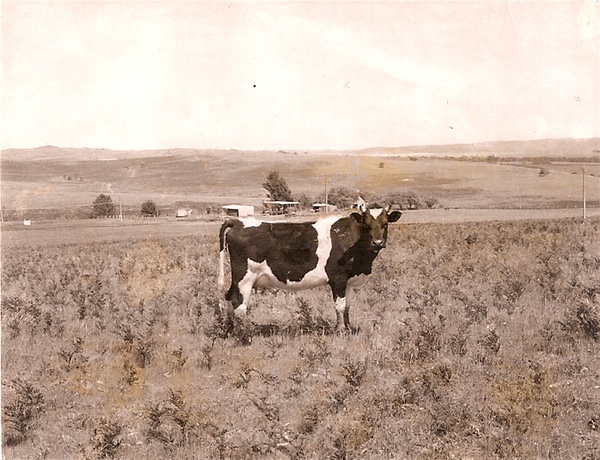 Maybe I should tell you how my parents were ripped off by a con artist. What it was like growing up on that farm. The hard work by everyone. The fun of working with the dogs. The sense of open space and the freedom to have my own imaginary world. The fear of snakes. The dangerous stunts… ah so much!

But I’ve got a few years to cover in a few posts, so no hurry yet. Just seeing the farm again is enough for now.

However I will mention that I’ve posted a couple of photos here and here of me and dad in our Sunday Best for Mother’s Day, 13 May 1962. Enjoy.

The map shows a golf course. I’m pretty damn sure that wasn’t there in my day!