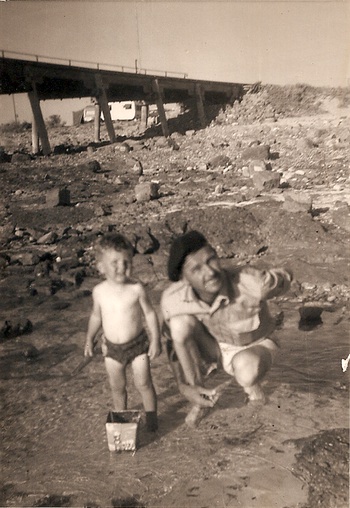 The 1960s saw dramatic changes in the dairy industry.

Traditionally, once the milk had been sucked out of the cows, in milking sessions early in the morning and at dusk, it was stored in metal milk cans. These were collected daily — after the morning milking session, so milk wasn’t standing around in the heat of the day — on a flat-bed truck and taken to the factory where the milk was pasteurised and bottled, or turned into cream, cheese, ice cream or whatever.

In the 1960s, though, bulk handling systems were introduced. Each farm had to buy a refrigerated stainless steel vat, big enough to store three days’ worth of production. The milk factory’s tanker truck came only three times a week. The driver ran a bacteriological test to confirm your farm’s milk was OK to pump into the collection in his tank. Fail the test, and you’d have to discard everything in your vat. He’d also measure the milk’s fat content and other quality factors, since that helped determine what you were paid, not just the volume of milk.

Bulk handling, plus the simultaneous introduction of other milking shed equipment and even better wide-area irrigation systems, meant that larger-scale farms with paid employees could significantly increase production and reduce costs. The farm-gate price of milk dropped. Husband-and-wife farms like ours, with just 25 to 30 cows in milk, became uneconomical.

There was also another severe drought in 1965-1968. That meant buying in feed for the cows so they’d still produce milk. Profit margins were squeezed further. My father ended up taking on day jobs to make ends met — but I’m getting ahead of my story.

The third factor was particularly toxic. We were victims of a scam.

My parents could never understand why their milk production figures were only half that shown in the farm’s records. What were they doing wrong? It was years before they discovered the truth. After they’d bought the farm, a neighbour told them, but before they’d taken possession, the previous owner had brought in trucks and removed all the cows, replacing them with cheaper, less productive cows. Alas, by then the scammer was long gone, and in those days cattle often didn’t even have identifying ear-tags or tattoos, let alone the embedded microchips they have today. Too late.

Dairy farms are a 7-day operation, but somehow we managed to pay someone to run the place so we could take brief holidays.

Our usual destinations were the seaside towns in South Australia’s Copper Triangle, now branded the Copper Coast to include a few more tourist destinations. Wallaroo, where an uncle had a beach shack, or Port Hughes, which is where today’s photo was taken some time in the early 1960s.

I can remember the long, hot drive up through Port Wakefield and Kadina. We’d usually stop at both for a cool drink, and fellow South Australians over a certain age will know all about Woodies Lemonade. But the highlight was always arriving at Wallaroo and Price’s Bakery for their peppery Cornish pasties.

Price’s Wallaroo Bakery is still running today. I’ve marked it on the map. Maybe I should go and check out their pasties again.

Holidays were very simple. Splashing in the shallows of the ocean. Fishing off the jetty. Fresh fish and chips. Reading on the verandah. Walking in the sand dunes and pretending — no, wishing, really wishing! — I was somewhere far, far more exotic.