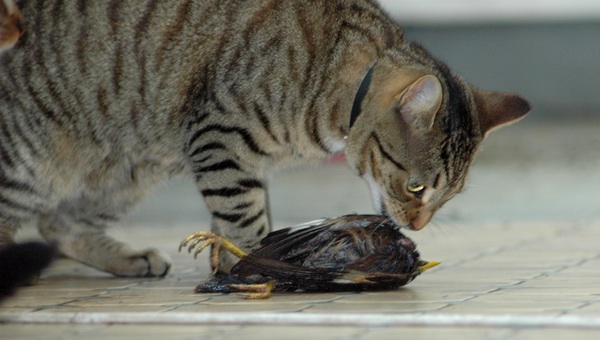 What a week! If you were following my Twitter stream this evening, you’d already know that one of the cats, Artemis, is gravely ill tonight. She is in hospital. My cashflows are thoroughly depleted. And I am severely stressed. But I am also astounded by people’s generosity of spirit.

In writing all this, I run the risk of alienating those who want to see a supposed-professional’s website full of serious things like my media work and serious commentary, or at least mildly amusing satire, not that supposedly lowest-of-low, “cat blogging”. My good friend Nick Hodge has already written this week about professional versus personal social media projections and the risks of letting them intermingle.

But you know what? Fuck all that!

If I am to be an honest human — and I would like to think I strive to be one — then what I write about should be what is on my mind. And this is what dominates my mind today. If you don’t like it, well, stop reading now and pop back another time. Maybe next week.

And if you think less of me for writing about the personal issues that happen to be dominating my life, well, fuck you too.

Yesterday we thought she had food poisoning of some sort, and figured she’d recover today after spending the night flaked out on the bed. But her appetite did not return, and late this afternoon she took a turn for the worst. No energy, unable to stand on her own feet, weak pulse.

I got her to our local vet just as they were closing, but she was too ill to stay overnight unattended, so we took her to the Sydney After-hours Veterinary Emergency Service at the University of Sydney’s Veterinary Teaching Hospital.

Initial treatment with fluids restored some of Artemis’ strength. She’s sitting up again.

The initial consultation revealed symptoms of small kidneys and possibly infected bladder, which could mean anything from kidney disease of some sort to a urinary tract infection. Comprehensive urine and blood tests will be required. Some bleeding was also revealed in her mouth, with unusual tissue growth. This can be indicative of mouth cancer, although someone on Twitter did say something about kidney problems causing mouth ulcers. However the vet flagged the likelihood of cancer. A biopsy will be needed, but at the moment Artemis isn’t strong enough for the anaesthetic needed for that.

Now all this couldn’t have come at a worse time.

As I wrote the other day, I’m already in the difficult position of having to find a new home when I’m skint. One of my tasks over the next few days is to figure out how to get sufficient cash in while we’re in the slow-income post-holiday period to enable househunting and moving before 3 February.

This evening, however, I emptied my bank account and my wallet into as much as I could muster to cover the required 50% deposit for the estimated treatment costs.

That wasn’t enough for the full recommended option that included all the analyses for this first night. It was enough for the consultation and hospital cover, fluids, initial essential treatment and some methodone. That’s $640, of which I’ve paid half. So Artemis is alive, and my task now is to figure out the next steps — including paying the rest of that, deciding the course of action from here, and then paying for that.

As far as I understand the options from here, Artemis will need at least a few days in hospital, plus those tests to properly diagnose her condition, including the potential cancer. I imagine all that won’t be less than an additional $1000. If it is cancer, and operable, then that’s a jaw section to be removed. I don’t see that being under another $1000, given that when her tail was crushed in an accident in 2007 and had to be removed that cost around $1000, and the jaw sounds more complicated.

So there’s my challenge for tomorrow. Pay for the initial treatment and investigations. Then, once they’re done, figure out how to cover the rest of the problems once they’re revealed or, face the other potential decision, consider whether it’s all too hard, too much of a burden on everyone including the Furry One herself, and go for The Long Green Sleep.

I must be honest here and say that I am overwhelmed.

People might imagine that because I have a reasonably high profile and have travelled overseas twice last year that I have a respectable income. I do not. The media work I do pays very little. The geek-for hire work I do is relatively low in volume. The overseas trips were paid for by others — Microsoft and Salesforce.com, to name names.

And my total volume of work, and hence income, is patchy because over the years I’ve had an on-again off-again battle with depression — something I don’t make a big deal of because, well, it’s as boring as all fuck. But several nastier-than-usual bouts over the past few years, each representing stretches of some weeks without any real income, have left me with zero cash reserves and no credit cards. Like most people with even less income than me, I pay as I go and pray there’ll be no unexpected glitches.

As it approaches midnight on this Wednesday night, I am not depressed. But I do have a very large question mark sitting in front of me.

However I am overwhelmed by people’s generosity, and generosity of spirit.

Friends have offered to sort out what happens tomorrow morning. We still have to work out the details, but at least tomorrow is OK.

What has astounded me, though, is the generosity of strangers. On the left-hand side of my website there’s a PayPal donation button. People have used it occasionally over the years. However in the past three days there’s been five donations totalling over $200 — all but one from complete strangers. People I barely know have been offering help on Twitter this evening — logistics, cold hard cash, or both. The other day, when I first mentioned my accommodation problem, people offered to help cover the bond on new premises until the old one is refunded, as well as other kinds of support.

I am surprised, pleased, feeling supported but nevertheless overwhelmed. And today has been the first day in the last few weeks that I’ve been able to focus well enough.

Tonight several people suggested that I set up a microfinance donation thingo to cover Artemis’ treatment. That is an option, and I’ll consider it properly in the morning, because I am certainly in no position to pay back loans of the magnitude required.

But all that is enough for now. The facts of the matter have tumbled out. I am exhausted. I’ll get a phone call between 6.30 and 7.30am tomorrow with further news. And right now Apollo, the other cat, is demanding attention. Loudly.

Thank you everyone, truly thank you, for your support tonight.