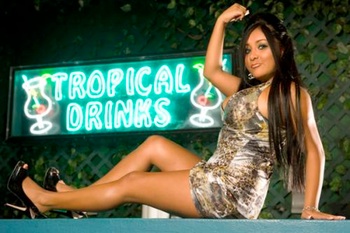 That said, I should give a hat-tip to those who took the time to suggest alternative words.

Thank you, all,but Snooki really does win out here I think.

An awful lot of these are food references. Can anyone explain that?