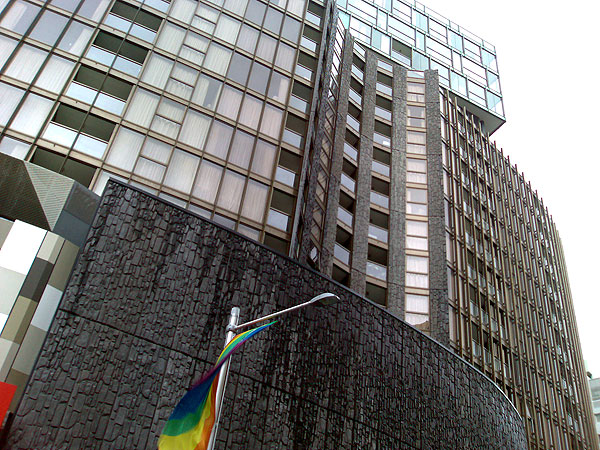 I sometimes wonder whether the major cause of stress is the simple fact that us urban humans are too disconnected from Nature. We are mammals, after all. Like every other living thing on the planet, we must be connected to the natural rhythms of seasons and tides, storms and sunny days.

Last weekend we experienced a massive storm and I took a photo of a broken umbrella. Then over the subsequent days I started to notice how the world responded…

It was quiet for the whole long weekend. It took a couple of days for the storm to blow over, and people stayed indoors. No bird calls. Dogs and cats remained curled up, asleep.

When the sun eventually broke through, there was sudden activity.

It was still only 15C, but the sky was clear and bright and the warm-ish sun felt delightful on the skin. Out in the streets, it seemed like the birds were exploding with joy — thankful, presumably, that they’d survived the tempest. At Circular Quay, it was hard to tell the difference between the seagulls squabbling over food scraps and the primary school children having their lunch, so rowdy were both groups. The two young teachers looked tired.

But it wasn’t all bright. In Enmore’s Montague Gardens, a tree had been torn from the ground and lay where the wind had dumped it. After decades of life, this giant was slowly but inevitably dying, like a whale stranded on the beach. I stood in silence and watched it for a while.

We humans are clever things. Mammals rock, I proclaimed last week. And we do! But perhaps we spend too much time sealed in temperature-controlled boxes, forcing ourselves to stick to the working shifts laid down in the mechanical age of the factory — man serving machine.

Perhaps we should pay more attention to those natural rhythms — stay quiet and contemplative on the dark day of the storm, and smile and revel in the bright winter’s light when it’s over.

Perhaps we should all spend just 5 minutes each day silently watching Nature. And then, just as a special treat, 5 more.

3 Replies to “Disconnected from Nature”